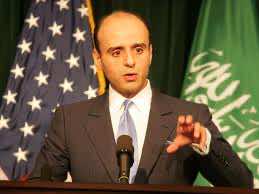 Saudi Arabia’s U.N. delegation said on Tuesday it will submit a draft resolution to the General Assembly soon that condemns an alleged plot to assassinate its U.S. envoy and urges Iran to follow the law.

According to an Al Arabiya correspondent, the draft is expected to be adopted by the United States, the European Union and the Gulf Cooperation Council.

The draft resolution would have the 193-nation assembly say it “deplores the plot to assassinate the ambassador of the Kingdom of Saudi Arabia to the United States of America,” according to Reuters.

It also condemns “terrorism in all its forms and manifestations” and “strongly condemns acts of violence against diplomatic and consular missions and representatives.”

Abdul Mohsen Alyas, the Saudi U.N. mission’s spokesman, said his delegation would circulate the draft resolution to the assembly on Wednesday and was aiming to put it to a vote on Friday.

U.S. authorities said last month they had uncovered a plot by two Iranian men linked to Tehran’s security agencies to hire a hit man to kill ambassador Adel al-Jubeir. One man, Manssor Arbabsiar, was arrested in September while the other is believed to be in Iran.

Iran has denied the charges and expressed outrage, saying the allegations threaten stability in the Gulf, where Saudi Arabia and Iran, the biggest regional powers, are fierce rivals and Washington has a huge military presence.

The draft resolution does not directly accuse Iran of being responsible for the plot or call for a condemnation of Tehran.

It does, however, urge Iran “to comply with all of its obligations under international law … and to cooperate with states to bring to justice all those who participated in the planning, sponsoring, organization and attempted execution of the plot to assassinate the (Saudi) ambassador.”

“It’s a clear signal that terrorist acts and acts of violence against any country, its citizens and its representatives should not pass without a proper response,” he said.

Failure to condemn such acts would be tantamount to condoning them, he added.

Several diplomats told Reuters that Washington would probably be among the resolution’s co-sponsors.

Meanwhile, Saudi Arabia’s former ambassador to the U.S. said Tuesday there was “ample and heinous” evidence that Iran was behind the alleged plot to kill the current Saudi envoy to Washington, The Associated Press reported.

Prince Turki al-Faisal, who also once served as Saudi Arabia’s intelligence chief, told reporters that if Tehran failed to prosecute Iranians linked to the plot, Riyadh may take the case to the United Nations.

“We have seen ample and heinous evidence in the uncovering of an assassination plot against the Saudi ambassador to the United States,” he said, adding the evidence “indicates the depths of depravity and unreason to which the Ahmadinejad regime has sunk. Fortunately, this plot was foiled.”

The Saudi prince is no longer a government official and said he was speaking as a private citizen. But he is an influential member of the royal family and serves as chairman of the King Faisal Center for Research and Islamic Studies.

Turki called the plot “the tip of the iceberg,” saying Iran was “meddling” in the affairs of many other countries, including Lebanon, Turkey, Pakistan and especially Iraq, according to AP. The Saudi government has also accused a terror cell linked to Iran of plotting to blow up its embassy in Bahrain, as well as the causeway linking the island kingdom to Saudi Arabia.

The U.S. and other nations suspect that Iran is using its civilian nuclear work as a cover for a weapons program, but Iran insists that its nuclear ambitions are strictly peaceful. The U.S. has used sanctions and diplomacy to pressure Iran on the issue but has long refused to rule out military action saying that all options are on the table.

Tehran has already complained to the United Nations about the U.S. allegations, saying one of the alleged plotters the United States calls an Iranian military official is really a member of the exiled Iranian rebel group Mujahideen Khalq Organization, which Washington has branded a terrorist group.

The MKO’s umbrella group, the National Council of Resistance of Iran, said the Iranian accusation was “preposterous.”