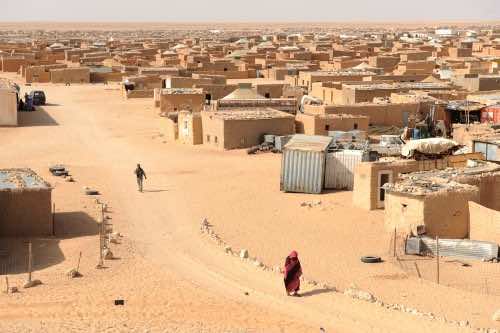 The Algerian authorities have concluded an agreement with the leaders of Al-Qaeda in the Islamic Maghreb (AQIM) for the immediate release of two Spanish and an Italian aid workers kidnapped near the of Polisario-run Tindouf camp (southwestern Algeria). As confirmed to Correo Diplomàtico by French security sources who closely follow the evolution of terrorism in the Sahel region, “the hostages were being transferred at this very moment from northern Mali, where they were being held, to a destination unknown even within the same country, to be released.”

These same sources claimed that Algeria would pay a million dollars in cash as ransom for each of the hostages. The person in charge of overseeing the negotiations, from beginning to end, that payment of the ransom, and the subsequent release of the hostages on the ground, from an undetermined point in the southern Algerian desert, has been General Mohamed Tawfik, alias Mediene, the head of the Algerian Intelligence and Security Directorate (better known by its French acronym, DRS). The DRS, which has been responsible for managing this delicate dossier, is the equivalent institution in Algeria to the National Intelligence Center, CNI, of Spain and the CIA in the United States.

The hostages are believed to be somewhere in the no man’s land situated between southern Algeria and northern Mali, far from effective control of the respective states. The sources of Correo Diplomàtico have confirmed that the aid workers will be released in the coming hours during the afternoon or later on tonight. According to the terms of the agreement between the terrorists and the Algerian DRS, it is contemplated that the hostages will be delivered to the authorities in Bamako. To do this, the three hostages are expected to be deposited at some point in the geography of Mali agreed beforehand, where they can be picked up by a Malian army unit in charge of taking them to a safe area to prepare for their subsequent repatriation to their countries of origin, Spain and Italy.

AQIM and the Polisario

The abduction took place at midnight on October 22, when the aid workers in Rabuni in the Sahrawi camps in southwestern Algeria, were resting. In the struggle with the kidnappers, Gonyalons was slightly injured and one of the guards of the camp was shot. Ainhoa Fernandez is a member of the Extremadura-based Association of Friends of the Saharawi people, while Gonyalons works for the Basque-based NGO Mundubat Basque. For its part, the Italian Rosella Urru works in the Italian Cooperation Committee for the Liberation of Peoples and had started working in the refugee camps three years ago.

The kidnapping was assisted by elements of the Polisario Front as a mediator confessed to AFP. AQIM fighters who went to the Polisario refugee camps to participate in the kidnapping operation were not armed. “They had accomplices in the camps, members and sympathizers AQIM, who provided the weapons and proceeded to identify the hostages for his capture”,  AFP added.

According to Western intelligence elements, Mokhtar Belmokhtar, emir of AQIM, who was also behind the kidnapping of three Spanish aid workers in northern Mauritania in late 2009, is believed to be the mastermind of the kidnapping.

This content has been translated by Morocco World News in agreement with Correo Diplomático.