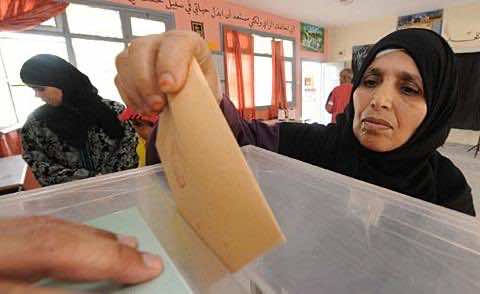 On November 25th, early parliamentary elections are to take place in Morocco almost a year prior to when they originally were scheduled to take place.  Given the recent developments in the Arab world, it is not surprising that voices calling for boycott of these elections exist in Morocco on the basis of corruption among other things.  Prior to these early parliamentary elections, Moroccans worldwide had the opportunity to vote this summer directly on a new proposed constitution.  Unlike the constitutional referendum, the Moroccan Diaspora will not be able to vote directly in these parliamentary elections but can only do so via an assigned intermediary. It is best if they did not vote at all since they are very ill-informed about the basic aspects of these elections.

The Moroccan Diaspora’s approach to participation in the country’s political process is directly tied to their attitude towards the government. Some have no faith whatsoever in the government and are therefore completely oblivious to events in Morocco unless it is something they deem major, in which case they are mere observers or spectators.  Others believe in the system and are eager to get involved. It is this latter group that took part in the constitutional referendum and overwhelmingly approved it despite the lack of any serious debate on the amendments. It was taken for granted that turnout was very low. One can say that people voted with their emotions in absence of any objectivity. Most never looked at the new proposed constitution and very few glanced at it at best.  I have yet to meet a single person who in my area voted yes on the referendum and who can state a single article of the 180 of the new constitution. I have asked many.

Getting back to the early elections, Moroccans residing abroad (MRA) are very unhappy with the government. The latter has made no arrangement for them to directly partake in these parliamentary elections. It is not clear what the government’s motive or rational is. Maybe it is the cost to undertake such an endeavor especially after having just wrapped up the constitutional referendum, or maybe the government does not see the added value of including the Diaspora.  International exposure was needed for the constitutional referendum but apparently not so much for the parliamentary elections; therefore this practical approach. MRA’s stance is made more legitimate if one considers examples of other countries who found themselves in similar situations not long ago.

Indeed, Egypt and Tunisia held elections in their respective countries a few weeks back.  The difference is that Egyptians and Tunisians worldwide were given the opportunity to partake in the electoral process.  Then again Morocco is different as it is neither Egypt nor Tunisia, a phrase much chanted during the Arab Spring.

If the Moroccan Diaspora wants to be taken seriously, it needs to develop a serious approach towards how it responds to events back home.  Instead of relying on emotional arguments and buying into every little agenda issue the government comes up with, it ought to do its homework and go through the pain of finding out what the issues are about and ask the tough questions.  It takes work to be informed. Only then, will the government take them seriously. You reap what you sow!

*Jamal Laoudi is a Moroccan national. He received a Bachelor’s of Science in Computer Science and a Bachelor’s of Art in Economics.  He is employed with the Adelphi Research Laboratory and serves as an independent consultant in Computational Linguistics.   He contributes to various news and community portals including Aljazeeratalk.net, Moroccoworldnews.com, and wafin.com.