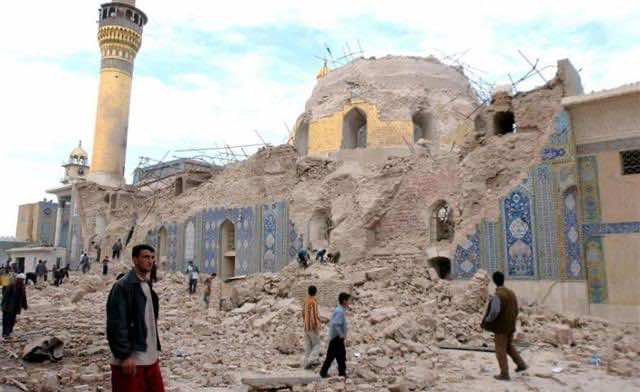 Iraq has executed a Tunisian man convicted of involvement in a 2006 attack on a revered Shiite shrine that unleashed a wave of sectarian bloodshed, a justice ministry spokesman said on Thursday.

The ministry “executed 11 people on Wednesday, including a Tunisian convicted of involvement in the bombing of Al-Askari shrine in Samarra in 2006,” the spokesman said, asking to have his name withheld.

The 11, who also included an Egyptian and nine Iraqis, among them a woman, were all convicted of terrorism offenses, the spokesman said.

The Tunisian, 27-year-old Yusri al-Tariki, had been detained in Iraq since 2006, after traveling to the country in 2003 to participate in the insurgency against US forces, his father Fakher al-Tariki said.

He was condemned to death in Iraq for involvement in the killings of “hundreds” of Americans and Iraqis, including a journalist from the Al-Arabiya satellite station, as well as the Samarra shrine attack.

His father said his son was tortured and forced to implicate himself.

The 2006 bombing of the gold-domed shrine of revered ninth-century imam Hassan al-Askari, which draws pilgrims from Iraq and around the world, unleashed the worst sectarian violence in the history of Iraq, in which tens of thousands were killed.