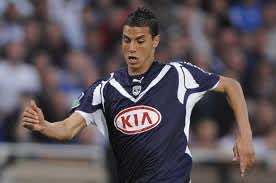 Morocco striker Marouane Chamakh hinted on Thursday he wanted to stay at Arsenal despite his struggle to settle at the Emirates and interest from his former club to get him back.

Girondins Bordeaux said on Tuesday they were keen to re-sign Chamakh, who left in 2010 to join Arsenal, but the player is happy in London.

“I haven’t played as much, what with (Robin) Van Persie coming back from injury, but for me, it’s been a settling in period,” Chamakh, who scored seven goals from 29 Premier League appearances last season, told Arsenal’s website (www.arsenal.com).

“It’s been good to play for a club like Arsenal and getting used to the league, but I’m trying to learn, enjoy it and long may it continue.”

Chamakh has made just one start so far this term.