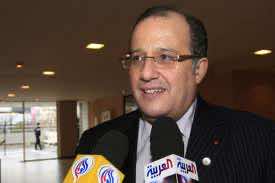 Process of fostering Moroccan-Algerian relations, part of a roadmap decided at the higher level, reflects the aspirations of the two brotherly peoples and stems from a common vision, said on Wednesday in Rabat Morocco’s Foreign Minister Taib Fassi Fihri.

As part of the aforementioned roadmap, the two countries agreed on methods and means of its implementation,” said Fassi Fihri, following a meeting with his Algerian counterpart Mourad  Medelci.

The Moroccan official recalled, in this respect, the exchanges of visits by the two countries’ ministers, focused on “extremely important” issues such as agriculture and energy, adding that it was decided “today to broaden this cooperation to include other areas.”

The Arab-Turkish Forum gives the Algerian and Moroccan parties an opportunity to review bilateral issues as part of the Maghreb zone, said Fassi Fihri.

He said the events that the Arab world sees, particularly in Tunisia and Libya, require further revitalization of Moroccan-Algerian relations, as part of an integrated Maghreb.

Algerian Foreign Minister had said that he is “satisfied” with the process of consolidating relations between Morocco and Algeria.

This strengthening of bilateral relations “will enable us to meet frequently and to exchange information about our own challenges and concerns in order to better understand each other,” he went on to say.