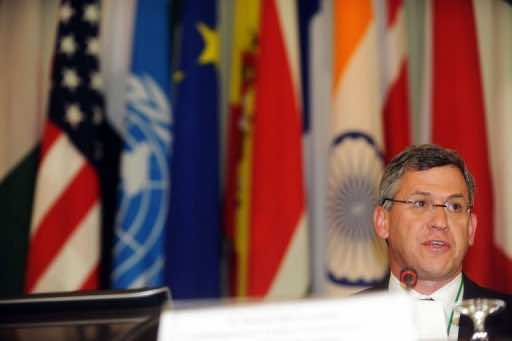 Experts from about 30 countries participated in the two-day forum, which was co-sponsored by Turkey and the United States. The closed meetings were chaired by Algeria and Canada.

Thursday’s talks concentrated on the influence of Al-Qaeda’s north African branch, known as Al-Qaeda in the Islamic Maghreb (AQIM,) one expert speaking on condition of anonymity told AFP.

AQIM, with an estimated 400 members, exploits the weakness of Sahel states such as Algeria, Mali, Mauritania and Niger and operates freely on those countries’ terrain, the expert said.

He called for a global strategy in tackling the problems that can foment extremism, such as poverty and lagging development.

Delegates at the forum in the Algiers suburbs also spoke about the financing of terrorism, the expert said.

Algeria, like the United States and other countries, reiterated the danger of kidnapping for ransom. The issue resurfaced recently with the October 23 snatching of two Spaniards and an Italian in southwestern Algeria.

Much of the forum centred on Libya, whose new government sent a representative to the conference.

Experts were concerned about the fate of the nomadic Tuareg people, who supported Moamer Kadhafi’s regime then returned to the Sahel after his overthrow in recent months.

And questions swirled about the fate of sophisticated Libyan weaponry that disappeared after Kadhafi was toppled.

But on Tuesday, Derrin Smith, an expert on surface-to-air missiles, said there was no proof the weapons had fallen into the hands of terrorist groups.

Experts also discussed the Nigerian Islamist group Boko Haram, which claimed responsibility for a recent series of bombings in Nigeria.

Manuel Lopez Blanco, coordinator for EU strategy on the Sahel, said AQIM and Boko Haram had a shared agenda and probably cooperated in training and operational tactics.

Delegates also spoke about concerns over controlling Sahel countries’ long borders as they struggle against the influence of AQIM and the need for better information sharing between neighbouring nations.

The Global Counterterrorism Forum is coordinated by Daniel Benjamin, an ambassador-at-large for the US State Department.

The forum held an initial meeting in Washington, where members of its justice group and special prosecutors convened two weeks ago.