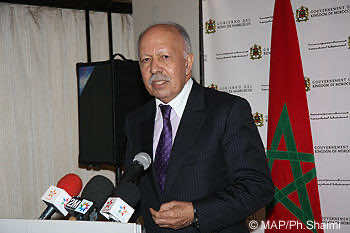 The meeting between the Moroccan and Algerian Foreign Ministers, on the sidelines of the Arab League Council meeting in Rabat, shows the commitment of both countries to create the conditions for normalizing their relations, Communications Minister, Government spokesman, Khalid Naciri, said on Thursday.     Speaking at a press briefing after the weekly Cabinet meeting, Naciri said “In Morocco we believe that nothing prevents serious discussion with our Algerian brothers to turn the page and build together the Maghreb, which is our common good.”

For Naciri, “it is clear that no Maghreb can be built without a synergy between the contribution of Morocco and Algeria.”

He also said that the meeting between the Ministers of Morocco and Algeria is part of Morocco’s positive and voluntary handling of the Moroccan-Algerian relations.