Morocco World News
Home News Maghreb Algeria: The DRS Carries Out Arrests in the Ranks of the Polisario 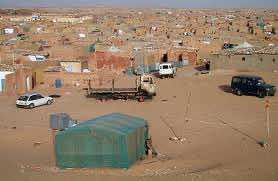 This past Monday, the officers of Algerian Intelligence and Security Directorate (better known by its French acronym, DRS), supported by elements of the elite group of the Algerian army-ninjas, carried out a surprise raid in Rabouni camp in Tindouf. The Algerians were looking for people involved in last month’s kidnapping of two Spanish aid workers and their Italian colleague who were on a mission in Rabouni.

According to information obtained by Maghreb Intelligence, four people were arrested and taken to Tindouf before an airplane took them to the DRS headquarters in Algiers.

The Polisario was neither involved in the investigation nor the arrests. Polisario troops suddenly witnessed the arrival of armed and hooded men, while the Algerian army established a security cordon around the camps to prevent entry and exit.

A few days before the arrests, the Algerian army had launched a search operation near the borders of Mali and Mauritania. The Algerian air force had intercepted a column of vehicles rushing at full speed in the desert. The bombing of the column left four dead, whose bodies were recovered by the People’s National Army (PNA).

After verification, it turned out that the four bodies were those of Polisario armed elements who had left the camps hastily to join the kidnappers in Mali. Since then, Algiers has not left any stone unturned to find the culprits and especially to establish responsibilities for the abductions.

What worries the Algerians is the number of weapons obtained by Al Qaeda in the Islamic Maghreb (AQIM) since the fall of the regime of Muammar Gaddafi. These weapons could be introduced into the Algerian territory and reach the underground movement of the Kabyle. This scenario constitutes a direct threat to the security of Algeria.