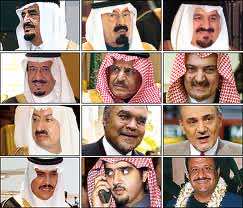 The death of Crown Prince and Defense Minister Sultan bin Abdul Aziz of Saudi Arabia led to a showdown within the ruling family, but was ignored by the media.

The appointment of Prince Salman bin Abdulaziz, Governor of Riyadh, as Minister of Defense to replace Sultan, was poorly received by another sibling of the family that has governed the country for sixty years.

Indeed, Prince Abdelaziz bin Abderrahmane refused to swear allegiance to the new crown prince, Prince Nayef bin Abdulaziz. Worse still, the same day that the ceremony took place at the Royal Palace in Riyadh, Abderrahman bin Abdelaziz, the true master of the Department of Defense for ten years, held a meeting with senior officials of the department.

The gesture was seen by other princes as a serious provocation and a challenge to the authority of the new Crown Prince Nayef. In fact, punishment was swift.

Two days after this incident, King Abdullah decided to dismiss Prince Abdulaziz bin Abderrahmane from his position as vice defense minister. In Saudi Arabia, even if everything seems written in advance, surprises abound.