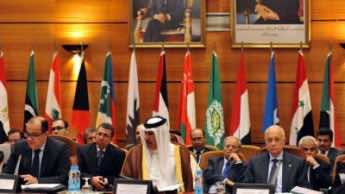 Morocco said it has recalled its ambassador to Syria in the wake of an attack on its embassy in Damascus Wednesday, just hours after Morocco hosted an Arab League meeting suspending Syria from the organisation.

Morocco said it has recalled its ambassador to Syria after its embassy in Damascus was attacked by Syrian demonstrators.

Rabat announced the measure on Wednesday a few hours after it hosted an Arab League foreign ministers’ meeting that gave Syrian leader Bashar al-Assad three days to agree to end his government’s crackdown on protesters and allow in teams of observers.

“King Mohammed VI on Wednesday decided to recall the ambassador of Morocco to Syria after the attack by Syrian demonstrators on the kingdom’s embassy in Damascus,” Foreign Affairs Minister Taieb Fassi Fihri was quoted as saying in a report by the official MAP news agency.

“We have seen in recent days unacceptable, not-so-spontaneous and planned protests during which several demonstrators attacked the embassies of European, American and Arab countries,” Fihri added.

Speaking earlier on the sidelines of the Arab League meeting, Fihri said that “Syrian demonstrators pelted the facilities of the Moroccan embassy with tomatoes and eggs”.

He said there were no casualties.