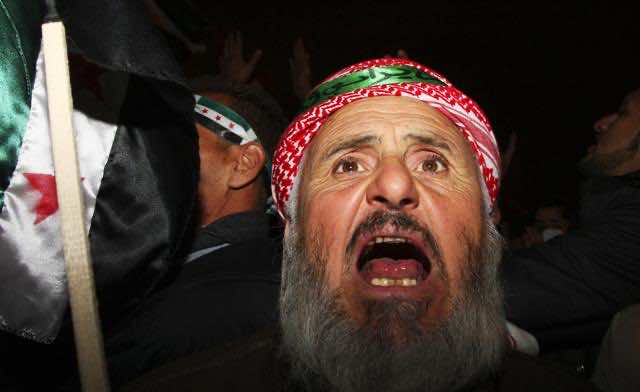 By AL ARABIYA AND AGENCIES

French Foreign Minister Alain Juppe said on Friday that “it is now too late” for the Syrian regime to remain in power because it failed to implement necessary reforms. Meanwhile, Turkey warned that the conflict in Syria risks turning into a civil war.

“We believe that the (Syrian) regime was not willing to implement a reform program and now it is too late,” Juppe said after a meeting with the Turkish parliament’s foreign relations committee head, Volkan Bozkir.

Hours earlier, Turkish Foreign Minister Ahmet Davutoglu, pointing to the new attacks by army defectors, said, “There is a risk of transforming into civil war. It is now the right time to stop this massacre, and therefore the Arab initiative is important.”

The Arab League has given Syrian President Bashar al-Assad a deadline to halt his “bloody repression” of anti-regime protests or risk sanctions.

Al Arabiya correspondent in the Moroccan capital Rabat, hosting an Arab League meeting on Syria, reported that the Assad’s regime has accepted the Arab call without giving further details.

“If it is not successful of course there is always a risk of civil war or high level tension in Syria,” Davutoglu added.

Up until now the Turkish diplomat said it has been “difficult to call it a civil war because in civil war there are two parties attacking each other.

“But in this case usually civilians are being attacked by the security forces.”

The eight-month revolt in Syria has turned increasingly violent, with the Free Syrian Army, made up of army defectors, mounting a daring attack this week against a military intelligence base near the capital and the opposition becoming more militarized.

Davutoglu also said that Turkey was prepared to help the opposition Syrian National Council to develop its relations within Syria and with the international community.