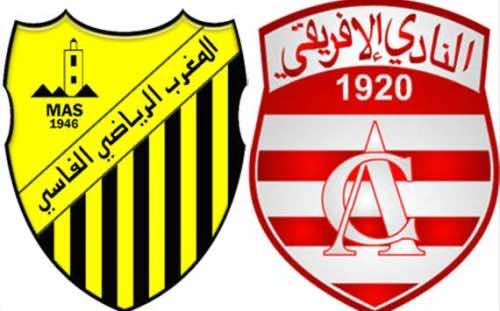 Encore or revenge will be the keyword on the cards as Tunisia’s Club Africain engage MAS Fez of Morocco in the first leg of the 2011 Orange CAF Confederation Cup on Saturday at the November 7 Stadium in Rades.

The slogan stems from the origin of the two clubs as the finalists of the recently ended Orange CAF Champions League, Esperance and Wydad Athletic Club were from the same countries. Club Africain will be looking forward to follow in the footsteps of rivals Esperance, winners of this year’s CAF Champions League at the same venue with a convincing result in the first leg encounter.

For MAS Fez, revenge will be their catchphrase as they seek to make amends after compatriots Wydad Athletic Club were humbled in the premier continental club championship, with a clean sheet in mind ahead of the return encounter in a fortnight in Fez.

The match is a repeat of the 2006 and 2010 finals as far as the origin of the finalists is concerned. In 2006, Etoile du Sahel of Tunisia edged past FAR Rabat of Morocco to lift the title whilst FUS Rabat of Morocco accounted CS Sfaxien of Morocco last year.

Club Africain, continental champions in 1991 have been in fine form this term in the second tier club championship with a performance which equals their thirst to end their trophy-less condition on the African scene.

It is the first ever continental club final for the ‘Red and Whites’ since the defunct CAF Cup Winners Cup in 1999 and the architects of their journey till this stage are Chadian Ezechiel Ndouassel and local hero Zouheir Dhaouadhi.

The two players have been in superb form with Dhaoudhi making the nominations for the 2011 CAF Player of the Year (Based in Africa).

Under the technical guidance of veteran trainer, Faouzi Benzarti who is no stranger to the African club championships after triumphs with Esperance (1994 CAF Champions League) and Etoile du Sahel (2006 CAF Confederation Cup), the 12-time Tunisian league champions is the more experienced of the two sides.

Since dropping out of the prestigious CAF Champions League, the Tunisians have lost twice, at the knockout and group phase but remain impregnable at their backyard. In MAS Fez, they will be facing their first North African opponent in the second tier continental club championship in the hope for a first leg cushioning.

On experience level, the Club Africain has the upperhand but the performance of the Fez-based club is one that makes the clash very cagey. MAS Fez has no pedigree as far as continental club football is concerned, but are motivated by their compatriots, FUS Rabat who annexed the title on their maiden appearance at the final of a major African club competition.

The interesting thing is that MAS Fez has also reached the final of the Moroccan Trone Cup, just as FUS Rabat who won the same title last year on their way to continental glory. MAS Fez beat Wydad Athletic Club, losing finalists in the CAF Champions League last Tuesday 3-2 on penalties to seal their place in the last two.

Aside that, the Moroccans boast of a potent attack having scored at least once at the group phase either home or abroad. Also, they have yet to lose a game since the mini-league stage, a record that will serve some form of headache for Club Africain coach Benzarti and his team.

At stake is a monetary-prize of $660,000 and a ticket to face the winner of the CAF Champions League in next year’s CAF Super Cup.

The second leg will take place on December 4 in the Moroccan city of Fez.