Morocco World News
Home Highlights on Morocco Panel: New Constitution serves as a platform for the democratic process in... 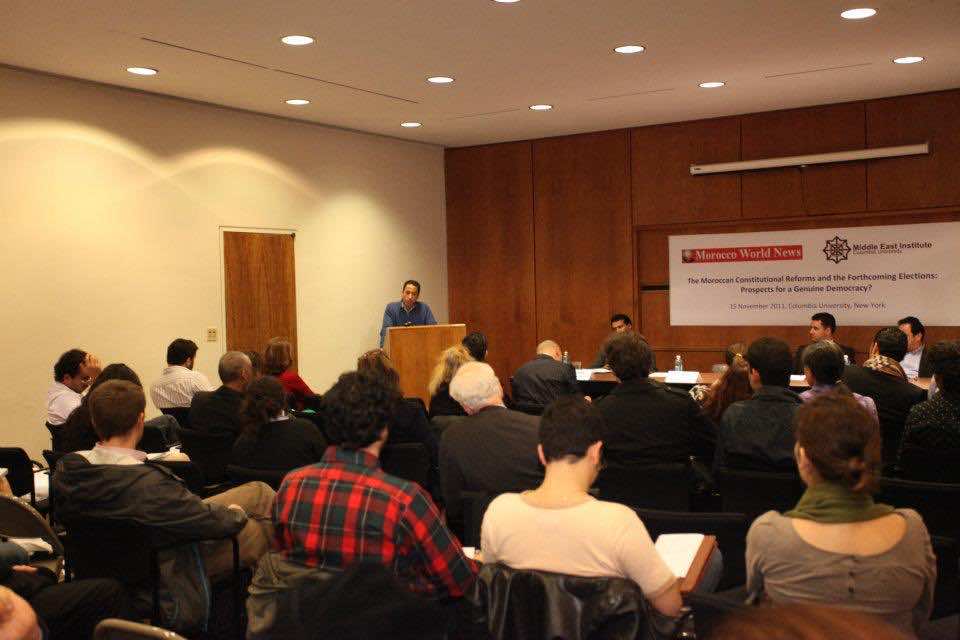 The new constitution is a platform likely to “move the democratic process forward” said the participants in a panel discussion held last Tuesday in New York on “The Moroccan Constitutional Reforms  and the forthcoming Elections:  Prospects of a Genuine Democracy?”

The constitution adopted last July is a platform that can help to build a democratic society in which civil society can play a significant role, pointed out participants at this event organized by The Middle East Institute of the prestigious Columbia University, in partnership with Morocco World News, a New York-based news website focused on Morocco and the Arab world.

The panelists emphasized, however, that change must be accompanied by “socio-economic development”, a precondition for Morocco to succeed in this “promising transition”.

After the elections, “civil society must play its role as a “watchdog” and monitor the “proper application of the positive provisions contained in the constitution,” insisted Brahim El Guabli, university professor at Swarthmore College (Pennsylvania).

Guabli praised the enshrining of the separation of judiciary from the executive, pointing out that this demonstrates a “willingness to fight corruption and injustice.”

Anouar Boukhars, professor of international relations at McDaniel College (Maryland), gave an overview of the various contending parties in the upcoming elections. In this regard, he stressed that no  parallel can be established with other countries because Morocco’s “context is different”.

Today, Morocco has a constitution that contains the “concepts of citizenship, equality and political participation,” said Younes Abouyoub, professor at Columbia University, who urged the different stakeholders in the country, including civil society actors, to ensure that this “political moment” is accompanied with “real participation “in the decision making process.

In this process, gender equality, for instance, “may be effective only through the socio-economic empowerment” of women, Dr. Abouyoub went on to say.

For his part, Anouar Majid, director of “Center for Global Humanities”, University of New England (Maine), a center specializing in cultural interactions and exchanges among civilizations, defined the concept of democracy, which is “an individua,l cultural and social practice “before being” a political decision.

People do not have to confuse “social justice and democracy,” said Professor Majid, author of several books, the latest of which will be published in December, and is entitled Islam and America: building a future without prejudice. He went on to say that democracy “implies freedom of thought, expression and belief.”

At this conference, which was attended by American scholars, in addition to Moroccans living in the United States, including many students, a call was made for the implementation of the new constitution, which pave the way for a “positive development”.

During the panel-discussion, several topics related to the theme were discussed, including voter turnout, and the place of the Moroccan community, which was involved in the referendum process of the new constitution.