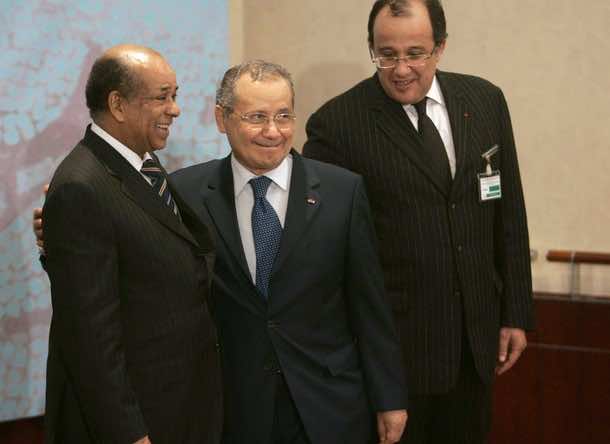 Since the onset of the Libyan crisis, Morocco adopted a clear and firm position in support of the Libyan people against the Gadhafi dictatorship, Libyan representative to the UN, Abderrahmane Chalgham said on Friday in Tangier.

In a statement to MAP, Chalgham who received the Medays 2011 Grand Prix honoring the Libyan people, said that this award is a brotherly gesture that further mirrors Morocco’s support for the Libyan people in its fight against dictatorship.

The Libyan diplomat recalled that Morocco has always stood with the Libyan people during the meetings of the Contact Group on Libya.

Chalgham emphasized the need for the countries of the Maghreb to build a strong union that meets the aspirations of the Maghreban people to freedom, justice, progress and development.
On the situation in Libya, he deplored that security issues is still a source of concern, citing that the recent clashes between rival rebel groups which he described though as “simple incidents” for a country that has just overthrown the dictatorship of he former regime.

He voiced hope that the formation of a government and the setting up of a defense ministry will lead to enhanced security, pave the way for settling the issue of arms possession and help achieve national reconciliation.

Chalgham made it clear that Libya needs the support of teh international coomunity and Arab states but will not accept foreign interference in its domestic affairs.