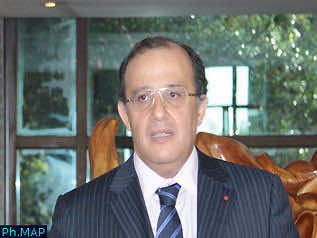 Morocco’s Foreign Minister Taib Fassi Fihri said that a decision was made at the highest level to normalize the Moroccan-Algerian relations.

Speaking during a programme aired on 2M TV channel on Thursday, Fassi Fihri explained that the process to normalize relations between the two countries has already started with the exchange of visits by several Moroccan and Algerian ministers.

Highlighting the importance of such visits, the Minister pointed to the agreement with Algeria to engage in consultations on bilateral and regional relations.

“As it was stressed by HM King Mohammed VI, we need a new Maghreban order because we have not made progress, since years, in the Maghreb Arab Union,” noted Fassi Fihri, ascribing this situation mainly to the artificial dispute over the Sahara and disagreements with the former Libyan leadership.