Morocco World News
Home Highlights on Morocco Recall of Morocco’s Ambassador to Damascus has no connection with Arab League’s... 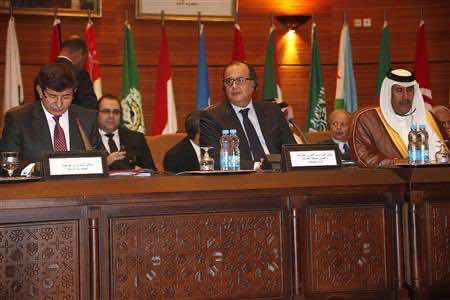 Morocco’s Foreign Minister, Taib Fassi Fihri said that Morocco’s decision to recall its Ambassador to Syria has no connection with that taken by the Arab League last Saturday.

Fassi Fihri, who was the guest of a program aired on 2M TV channel on Thursday, recalled that at the end of its extraordinary meeting last Saturday in Cairo, the Arab League decided to suspend Syria from the organization as of November 16 as long as the Arab plan to end the crisis is not implemented.

Fassi Fihri reiterated Morocco’s condemnations of the attacks that targeted the Moroccan Embassy and other diplomatic missions of of Arab, Islamic and western countries, holding the host country responsible for respecting international conventions.

“What happened has nothing to do with the friendly and brotherly relations between the Moroccan and Syrian peoples,” he said.

On the Arab League Wednesday meeting in Rabat, Fassi Fihri noted that since the beginning of the crisis in Syria Morocco kept reaffirming its support for Syria’s territorial integrity and expressing solidarity with the Syrian people.

Morocco along with other countries considers that it is more convenient to handle the Syrian crisis within an inter-Arabe framework, he said, deploring that despite efforts bloodshed continues in Syria.