By Siham Ali in Rabat, Nazim Fethi in Algiers and Jemal Oumar in Nouakchott 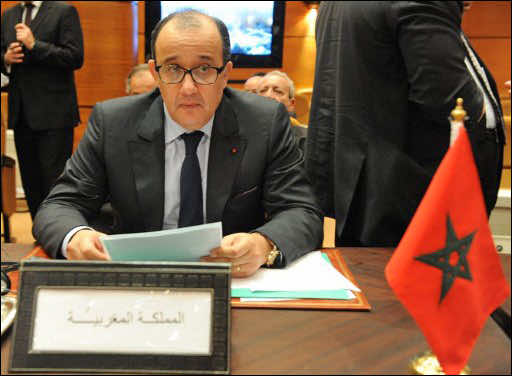 By Siham Ali in Rabat, Nazim Fethi in Algiers and Jemal Oumar in Nouakchott

“Very soon, we will find the path that leads us to something we all dream of, not only bilateral relations between Algeria and Morocco, but also this ambition we have for the Maghreb,” Algerian Foreign Minister Mourad Medelci said after speaking with his Moroccan counterpart Taieb Fassi Fihri on the side-lines of the Arab-Turkish Co-Operation Forum.

They agreed that it was “urgent” to convene the Council of Ministers of the Arab Maghreb Union to discuss co-operation and integration of the Maghreb, Algerian Foreign Ministry spokesman Amar Belani said.

“Contacts between the various ministers of both countries have begun to produce concrete results,” Fassi Fihri said.

Such co-operation, he added, “will allow us meet more often, take more time to exchange information about our own challenges and concerns, and better understand each other”.

The extraordinary thawing may have begun less than a fortnight ago, when Morocco marked the 36th anniversary of the “Green March” by reaching out to Algeria.

The unexpected move prompted renewed optimism across the region about the fate of the embattled Arab Maghreb Union.

“Morocco reiterates its willingness to do everything possible… especially with sister Algeria, to achieve a new Maghreb order” that will serve as a “real engine of Arab unity” and help ensure stability and security in the Sahel region, King Mohammed VI of Morocco said in his November 7th speech.

The timing of the monarch’s address did not go unnoticed by the Algerian press. That Algeria offered no official response emboldened the media, which published a flurry of sceptical – and often scathing – editorials about Morocco’s “real” agenda.

Speaking on condition of anonymity with Tout sur l’Algerie, however, one foreign ministry official noted Algeria’s “sincere commitment to building up Algerian-Moroccan relations in a calm manner, with a huge sense of responsibility, and to moving away from sterile smear campaigns”.

On Throne Day last summer, President Abdelaziz Bouteflika sent a letter to the Moroccan sovereign stating that the “two brother countries and peoples” were “united by their historic links and the challenges of the future”.

The Algerian president’s position is backed up by sociologists. According to Samira Kassimi, the peoples of the Maghreb share the same traditions and thus feel closer to one another than to other Arabs, particularly when abroad.

“The citizens of the Maghreb have virtually the same cultural frame of reference,” the Kenitra-based sociologist notes. “If you were to take a survey, the majority of those in the Maghreb would be in favour of a union. We need to find solutions to the political blockages,” she says.

We complement one another in many sectors,” agrees Jaouad Kerdoudi, the president of the Moroccan Institute of International Relations. “Algeria has oil and gas. Morocco has a manufacturing industry, agriculture and tourism,” he says. Union within the Maghreb would be a financial boon for all the states, he adds.

The five Maghreb countries need to establish a joint economic policy so that their relations with the European area can be characterised by balance and equality, argues economist Mohamed Jabiri. To his view, a union of Maghreb states would boost growth in each of its member states.

Greater regional co-operation and economic integration within the Maghreb would also help create a balanced partnership with the major regional bodies, especially the European Union.

The issue hits home in Mauritania, where young activists have been demonstrating against social iniquity and economic disenfranchisement. Euro-Maghreb Youth Union (UJEM) members gathered last month in Nouakchott to press their call for a united, democratic Maghreb. They will meet again in the Mauritanian capital next month.

The UJEM says it wants to build a unified and democratic Maghreb Union in which borders and visas between the countries disappear and in which intellectual, political and cultural pluralism is respected.

The idea is not restricted to young activists. Experts agree that a united Maghreb would have far-reaching economic benefits. According to strategic expert Mustafa Ben Abdullah, the king’s speech aimed to remove the main obstacles to Maghreb economic development.

Security concerns also factored into the king’s call for co-operation, Ben Abdullah says, noting that the king’s speech came two weeks after the kidnapping of European aid workers from the Tindouf refugee camps.

“King Mohammed VI was the first to reach out to the neighbouring country of Algeria to face common security challenges such as the terrorism, organised crime and the smuggling of weapons,” he points out.

“It is as if Morocco, which is still suffering from the pain of the Marrakech bombing, is saying to Algeria: ‘As long as there is a crack in the co-operation between Maghreb countries, terrorism will infiltrate through those gaps’.”

More than ever before, he tells Magharebia, the leaders of Algeria and Morocco “have come to realise the importance of security co-operation to ensure their common interests”.

“It is good to hear such a statement by the Moroccan monarch,” says Ahmed Ould Mouhamedou, leader of Mauritania’s new “Surge of Youth for the Nation” political party. “We hope that the rest of the Maghreb leaders do the same, especially in light of the current situation.”

“We know that the Arab Maghreb Union will be among the priorities after the Arab Spring,” he tells Magharebia. “But what we need most are actions to confirm the statements”.

People are tired of hearing decades of hollow promises about the UMA project, Ould Mohamed says. Still, he remains optimistic about its future.

“I have no doubt that the countries of the revolution will strengthen the Maghreb Union and make it real,” he says. “The leaders of the other countries will find themselves forced to keep up so as not to miss the train.”