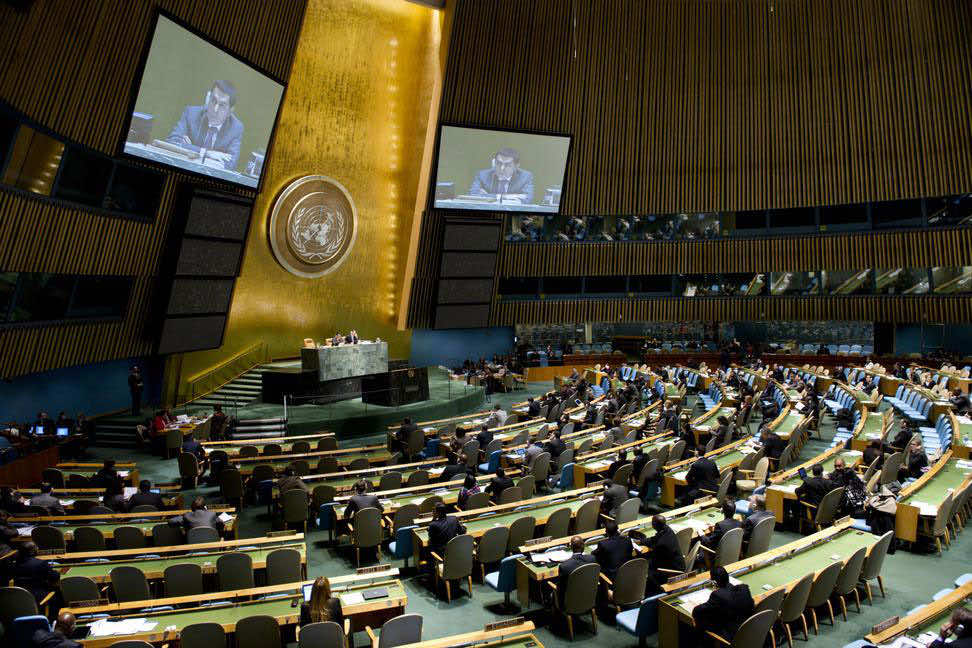 United Nations Member States yesterday deplored a disrupted plot to assassinate the Saudi Arabian Ambassador to the United States and called on Iran to cooperate with any countries trying to bring to justice those who planned, sponsored or attempted to carry out the plot.

In a resolution adopted in the General Assembly this afternoon, Member States voiced deep concern at the plot and said they were “alarmed by the new and recurring acts of violence against diplomatic and consular representatives, which endanger or take innocent lives and seriously impede the normal work of such representatives and officials.”

The resolution, introduced by Saudi Arabia, received 106 votes in favour and nine votes against. Forty countries abstained. A series of proposed amendments from Iran did not obtain a majority and were not adopted.

In the resolution Member States stressed that acts of violence against diplomatic missions or inter-governmental organizations or their officials “can never be justified.”

The text noted that the US had last month reported to Secretary-General Ban Ki-moon on “an Iranian plot” to assassinate the Saudi ambassador.

Deploring the plot, the resolution encouraged all countries to take extra steps to prevent the planning, financing or commission of “similar terrorist acts and to deny safe haven to those who plan, finance, support or commit such terrorist acts.”

Member States called on Iran to comply with all international legal obligations, including the Convention on the Prevention and Punishment of Crimes against Internationally Protected Persons. They also asked Iran to cooperate with countries seeking to bring to justice those involved in the plot against the Saudi ambassador.