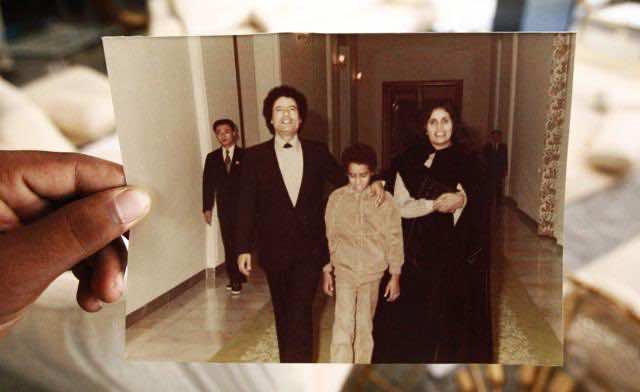 By THE ASSOCIATED PRESS

Seif al-Islam Qaddafi – considered Muammar Qaddafi’s heir apparent – long drew Western favor by touting himself as a liberalizing reformer but then staunchly backed his father in his brutal crackdown on rebels in the regime’s final days.

But on Saturday, a Libyan militia commander said Seif al-Islam had been captured with two aides trying to smuggle him out to neighboringNiger. Bashir al-Tlayeb told reporters inTripoli that Qaddafi’s son had been taken to the Libyan town of Zintan.

The International Criminal Court has charged Seif al-Islam and former intelligence chief Abdullah al-Senoussi with crimes against humanity for the brutal crackdown on dissent as the uprising against the regime began in mid-February and escalated into a civil war. Qaddafi also had been charged.

The ICC has said it was in indirect negotiations with Seif al-Islam about his possible surrender for trial.

Seif al-Islam has always stood apart from his siblings, who were better known for their antics and eccentricities than their achievements.

Educated in Britain and fluent in English, Seif al-Islam found favor among prominent Western intellectuals, exhibited his paintings at galleries around the world, and won plaudits from world leaders and rights campaigners with talk of democracy and development.

He was long touted as Qaddafi’s heir apparent and the man who would modernize and reform the country, but that position was always far from certain, and he faced fierce resistance from hard-liners in the regime as well as his younger brother, Muatassim, who served as national security adviser.

Muatassim also killed on Oct. 20, according to officials of the transitional government. Killed earlier in the civil war were younger brothers Seif al-Arab and Khamis. Qaddafi’s other son, al-Saadi, fled toNiger in September, where the government has said it is treating him as a refugee. Their mother Safiya and sister Aisha fled to neighboring Algeria.

Seif al-Islam presented a dapper image to the West, with his shaved head and fashionable glasses. He pushed for modernization in a country crippled by decades of his father’s idiosyncratic regime, and advocated normalizing Libya’s long-strained relations with the West. In a 2008 interview with The Associated Press, he even spoke of moving Libya from one-man rule to a constitutional democracy.

But in the end, Seif al-Islam was indeed his father’s son.

In a televised address five days after anti-government protests broke out in the eastern city of Benghazi as part of the wider Arab Spring uprising, a haggard-looking Seif al-Islam warned of “rivers of blood” if demonstrators refused to accept government offers of reform.

The rambling, 40-minute speech marked Seif al-Islam’s transformation from the man long viewed as the best hope for reforming his father’s regime into a fugitive wanted by the International Criminal Court on charges of crimes against humanity.

Born in 1972, Seif al-Islam Qaddafi was the oldest of seven children of Muammar and Safiya Qaddafi. He had one older half brother, Mohammed.

He earned an engineering degree in Libya and a business degree in Austria before wrapping up his education with a master’s degree and doctorate at the London School of Economics in 2008.

His engagement in Libyan politics began in the 1990s, when he became the president of the Qaddafi International Foundation for Charity Associations. The organization has acted as an intermediary in several disputes and helped lead to a rapprochement between the Libya and the international community after years as a pariah.

Seif al-Islam often acted as an envoy for his father’s regime, and in 2002 and 2003 helped broker the agreement that saw Libya renounce its weapons of mass destruction program and begin its journey back into the international fold.

He lobbied militants to release hostages, funded research at the London School of Economics, welcomed world leaders and Western intellectuals to his country and portrayed himself as a champion of economic and social reforms.

In 2009, he aided talks in Britain that eventually secured the release of Abdel Baset al-Megrahi, the only man convicted in the bombing of Pan Am Flight 103 over Lockerbie, Scotland.

But his public role cost him at home, and in his rivalry with Muatassim to succeed their father.

A 2009U.S. diplomatic cable released by the website WikiLeaks said that Seif al-Islam’s “high-profile role as the public face of the regime to the West has been a mixed blessing for him. While it has bolstered his image … many Libyans view him as self-aggrandizing and too eager to please foreigners at the expense of Libyans’ interest.”