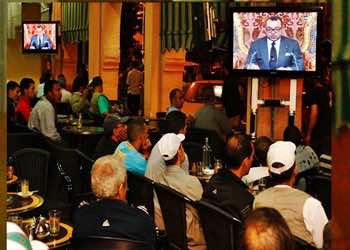 Several experts taking part at the 65th annual conference of the US think tank, Middle East Institute, commended the constitutional reforms undertaken by Morocco describing them as a “a source of inspiration” for the region.

The new supreme law, which was adopted by a landslide majority in a popular referendum, is “a major step forward” to which a great importance is attached, Abdulkhaleq Abdulla political science professor at the UAE University told MAP.

The Moroccan experience offers a shining example for the region, he went on to say, adding that the recent constitutional reforms are a model to follow by other Arab countries.

Echoing him, Paul Salem, Director of the Carnegie Middle East Center in Beirut, highlighted the importance of the Moroccan reforms for the whole region, saying “ we are closely following the Moroccan experience, which may stand as a model” for  other Arab countries.

Morocco’s approach in implementing reforms is “very positive”, he underscored.