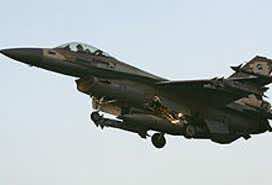 On Sunday, November 13 in the early afternoon, a maid of the Gloria Hotel in Dubai discovered the lifeless body of a young man with Eurasian features. The alarm was quickly sounded. A security cordon was installed around the hotel and recordings from surveillance cameras were confiscated by the police. Iranian officials were en route to the hotel. It must be said that the death was not of anyone, since it was Ahmed Mohsen Rezai, the son of one of the most powerful leaders in Tehran.

Indeed, Mohsen Rezai, the father of the young man found dead, led the Revolutionary Guards Corps for 16 years. He is currently the Secretary General of the Council of Wisdom of the regime. This means that the mysterious death of his son has the appearance of being a state affair. Informed sources in the UAE are already talking about how the suspicious death strangely resembles that of Hamas leader Mohamed Al Mabhouh, killed by the Israeli Mossad.

The previous day, Saturday, Nov. 12, the mysterious brigadier general, Hassan Tehrani-Moghadam, known in Tehran for being the architect and the backbone of the Pasdaran ballistic units, perished with 16 of his closest collaborators in the explosion of a research center located on a military base in the outskirts of the Iranian capital.

The clerical regime lost simultaneously key military leaders and several hundred long-range missiles, stored in the military base, which went up in smoke in the explosion. In London and Paris, several personalities told Maghreb Intelligence that Israel was already at war against Iran.

“The attacks against the sites, as well as the assassinations of Iranian officials in charge of nuclear and missile programs are the first step to military strikes. The goal of these operations is to cast terror into the military and to show that in Iran, no one is immune, even when holed up in armored fortifications,” explained a former officer of the prestigious MI6, who now consuls on security issues for the benefit of Gulf monarchies.

These actions are just the beginning of air and missile strikes that should be carried out by Israel against several Iranian sites, in the month of December or by January 2012.

Israel’s strategy, according to sources familiar with plans put together by the staff of the IDF, would be based on strikes by the F-15I Ra’am and F-16 Wild Weasel of the Israeli Air Force, (Heyl Ha’Avir) which are capable of being refueled in flight by C-130. Israel could also use the latest generation of drones to attack certain targets more accurately. Israeli planes would likely fly over Jordanian-Iraqi airspace, as this option remains the least dangerous and most convenient, because it is the shortest route.

Three Dolphin-class submarines, made in Germany, should also participate in the operation. They can fire from the sea Popeye Missiles, with a range of 1500 km. Israel could also use its Jericho II and Jericho III ballistic missiles that can carry payloads of1000 kg and which, according to experts, have very high precision.

However, two problems may arise for Israel if they ever decide to cross the Rubicon.

The first relates to the intrinsic capabilities of the Israeli Air Force. Even if the operation is effective, it should suffer from the dissemination of targeted sites across a vast and rugged terrain. Currently, Iran has 300 military production sites, under the Ministry of Defense and the Ministry of Construction and Organization of Defense Industries. But according to information available, the Israeli air force is likely to tackle the largest industrial complex located in Isfahan, which produces aircraft, tanks, ammunition and propellants for missiles.

Other locations would also be targeted; the command centers of the army and the Pasdaran, and the headquarters of the Iranian Central Bank through which the majority of Iran’s international energy and commercial transactions pass.

The second problem for the Israeli Air Force is the ability of Iran’s anti-aircraft. The latter was elevated to the rank of an independent force, separate from the Air Force. The Iranian anti-air defense has six Chinese JY-14 radars, with a detecting range of 300 kilometers, which were added to the AR-3D – with a range of 200 kilometers. Iran has also bought 7 batteries of S-300 (SA-10) from Russia, but it is unclear whether they have actually been delivered to Tehran. However, two S-300 batteries were deployed in the capital on a trial basis.

Nuclear sites also benefit from the presence of HQ-2B systems – a Chinese copy of the SA-2 Russian Guideline -, ten Hawks and six SA-5 Gammons S-200. Theoretically, the Israeli air force would not only lose a considerable number of its aircraft in such an operation (projections assume for a 25% loss), but it would be unable to perform rescue and recovery operations on Iranian soil.

For its part, Iran could attack Israel using its ballistic missiles, the Shehab 3 with a range of 2000 kilometers, which could carry loads of weapons of mass destruction. The Gulf countries are also within reach of Zelazal and Shehab 1 and 2 missiles.