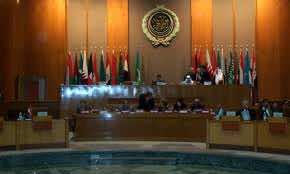 Arab foreign ministers are to hold crisis talks over Syria in Cairo on Thursday, the Arab League said after it rejected changes proposed by Damascus to its proposal to send an observer mission there.

“The Arab League council will hold an extraordinary meeting on Thursday, at the level of foreign ministers, and will be presided by Qatar,” Arab League Deputy Secretary General Ahmed Bin Hilli told reporters.

He said that the ministerial committee on Syria — comprising Qatar, Egypt, Oman, Sudan, Algeria and Secretary General Nabil al-Arabi — would meet at the Arab League headquarters on Wednesday to prepare for Thursday’s meeting.

The foreign ministers are to discuss the next steps after the Arab bloc rejected amendments suggested by Damascus to a document outlining plans for a 500-strong delegation to monitor the violence in Syria, an Arab League source said.

“It was agreed that the amendments and appendices proposed by the Syrian side affect the core of the document and would radically change the nature of the mission which is to oversee the implementation of the Arab plan to end the crisis in Syria and protect Syrian civilians,” the League said in a statement.

The pan-Arab group, which did not release details of the amendments proposed by Damascus, said it had notified Syria of its decision.

The statement said the Arab League had tasked Arabi to hold further talks with the Damascus government in a bid to have it sign the document on the observers within three days.

“The League is committed to solving the Syrian crisis within an Arab frame, in order to put an end to the violence and the killing and to respond to the ambitions of the Syrian people for change and political and economic reform,” it said.

Under a November 2 deal with the League, Syria was given 15 days to pull back its troops from cities that were the focus of anti-government protests, release detainees, allow free movement for observers and media, and negotiate with the opposition.

The League under the deal was to send 500 members of human rights groups, media representatives and military observers to Syria to monitor the situation on the ground and help implement the peace plan.

A fresh deadline to end the bloodshed or face sanctions expired on Saturday, with no compliance from President Bashar al-Assad’s security forces. Rights groups reported 20 people killed in Syrian violence on Saturday and Sunday.

With the peace deal in tatters, the Arab League has already suspended Syria from the 22-member bloc.

An Arab League source told AFP that the sanctions would not come into effect automatically and that the body would hold further talks to discuss the implementation of sanctions.