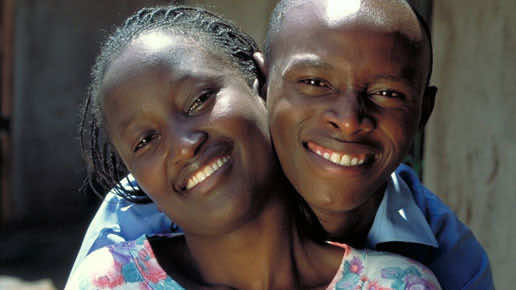 Global efforts to prevent and treat HIV/AIDS are showing optimistic results, but transformative efforts are needed to accelerate progress, according to the latest report released today by the United Nations agency leading the fight against the disease.

The Report on the Global AIDS Epidemic 2011, produced by the Joint UN Programme on HIV/AIDS (UNAIDS), shows there has been a significant decrease in infection rates and HIV-related deaths, as well as an increase in the number of people who have access to treatment.

HIV infections rates are at their lowest since the peak of the epidemic in 1997, with 2.7 million new infections in 2010, mainly due to changes in young people’s sexual behaviour, particularly in sub-Saharan Africa.

UNAIDS Deputy Executive Director Paul De Lay told the UN News Centre that behavioural changes – which include the use of condoms, having fewer sexual partners, and young people waiting longer before becoming sexually active – were the main causes for progress in Africa. The region, however, continues to be the most heavily affected, with 68 per cent of people living with HIV residing in sub-Saharan Africa.

The report also shows an increase in the number of people living with HIV worldwide – now at an estimated 34 million, up 17 per cent from 2001. Although the rise in this figure partly reflects new HIV infections, it is also a result of increased access to antiretroviral therapy, which has helped reduce AIDS-related deaths. Presently, 6.6 million people in low- and middle-income countries – almost half of the people eligible for treatment – have access to antiretroviral therapy.

The report also estimates that a total of 2.5 million deaths have been averted in low and middle-income countries since 1995 due to antiretroviral therapy, with 700,000 AIDS-related deaths averted in 2010 alone.

Mr. De Lay added that scientific breakthroughs have shown how people receiving treatment also become less infectious with time, decreasing the risk of infection for their partners and lowering the chances of transmission from mothers to newborns.

Mr. De Lay said the progress in recent years is notable since it has occurred in spite of funding cuts due to the global economic crisis. Last year, funding from donor countries went from $7.6 billion to $6.9 billion, representing a 10 per cent reduction.

“One of the things that the report focuses on is how countries can spend the amount they have now in a much smarter way so they get more impact,” Mr. De Lay said, expressing concern for the decrease in funding not only from international donors but from foundations and internal institutions in countries with high infection rates.

In addition, UNAIDS stressed in its report that although the data points to incremental progress, a transformative response is needed to meet the 2015 targets set by Member States in June through the Political Declaration on HIV/AIDS, and to support the vision of zero new HIV infections, zero discrimination and zero AIDS-related deaths in the near future.

“We need to move from a short-term, piecemeal approach to a long-term strategic response with matching investment,” said Michel Sidibé, Executive Director of UNAIDS.

“The world faces a clear choice: maintain current efforts and make incremental progress, or invest smartly and achieve rapid success in the AIDS response,” says the UNAIDS report, calling for an increase in smart strategies and commitment from countries.

The report also maps a new framework for AIDS investments, which focuses on getting high impact and high-value strategies. The framework is based on several elements, including focusing interventions for populations at higher risk such as sex workers and people who inject drugs; promoting behavioural change programmes; and increasing treatment and care for people living with HIV.