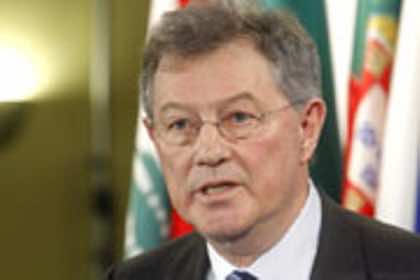 The top United Nations envoy to the Middle East today called on Israel and the Palestinians to refrain from provocations and submit concrete proposals to revive the peace process and engage in direct negotiations.“We have to find a meaningful diplomatic path forward,” UN Special Coordinator for the Middle East Peace Process Robert Serry told the Security Council as he briefed the 15-member body on the latest developments.He said that the Israelis and Palestinians have recently worked with the diplomatic grouping known as the Quartet, which comprises the UN, European Union, Russia and the United States.“While this is constructive, direct negotiations without preconditions, in which the parties would be expected to table territorial and security proposals within 90 days, are still not taking place.”Mr. Serry noted that provocations continue to damage consultations and make resuming direct negotiations very difficult. In addition, Israel is continuing to expand settlements and views negatively the Palestinian bid for full UN membership.

“Withholding this level of funding would cripple any government, let alone an authority under occupation,” Mr. Serry said, adding that if not immediately unblocked, this action threatens the state-building gains made by the Palestinian Authority.

“We must de-escalate this situation. In addition to acting on its settlement obligations, Israel should heed the calls of the Secretary-General and other international leaders to unfreeze transfers to the Palestinian Authority immediately in accordance with existing agreements. Donors should also unblock their funding to the Palestinian Authority.

“For its part, the Palestinian Authority should find ways to contribute to de-escalation of the situation and improving the prevailing divisive climate, including in the international arena,” said Mr. Serry, adding that de-escalation will be necessary to create an environment conducive for direct talks.

Direct talks stalled in late September last year after Israel refused to extend its freeze on settlement activity in the occupied Palestinian territory. That decision prompted Palestinian Authority President Mahmoud Abbas to withdraw from direct talks with Israeli Prime Minister Benjamin Netanyahu, which had only resumed a few weeks earlier after a two-year hiatus.

“Gaps of trust, perception and substance remain between the parties. It will not be easy to overcome them,” stated Mr. Serry.

“However, I appeal to them to de-escalate, refrain from provocations and adhere to their obligations, enter direct negotiations, and come forward with concrete and negotiable proposals,” he said, adding that the UN stands ready to continue to support such efforts.

On Gaza, Mr. Serry condemned the “indiscriminate attacks” by Palestinian militants using rocket and mortar fire from Gaza into Israel, which he said must stop, and highlighted continuing concerns about weapons smuggling into Gaza. He also stressed that Israel must exercise maximum restraint and minimize the risk to civilians.