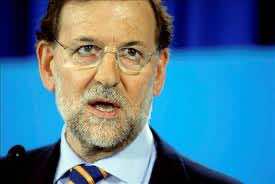 How many Spaniards know what year the Constitution of Cadiz was promulgated, who was Primo de Rivera or what is the Salic law? These are some of the questions that Mariano Rajoy wants to impose on immigrants before the latter can be eligible to obtain citizenship. The Popular Party (PP) has included in its election manifesto a Spanish exam in order to “ensure effective integration of new citizens in society.”

“Most of the immigrants who live in Spain, we have come to this country to work, and generally in low-skilled jobs during the time we reside in the country, we can only learn the language. It is almost impossible to gain knowledge of history and Spanish law, because, in most cases we do not even know our own,” criticizes Anouar Yacoubi, who has lived in Spain for almost a decade and fears not being able to obtain citizenship next year because of the new test.

It is unclear what the Popular Party will do with with gay marriage or abortion laws, controversial issues among the Spanish, but with immigration the PP will be relentless. “We require knowledge of the fundamental values ??enshrined in the Constitution that are the foundation of our society, and adequate knowledge of the language, history and culture to obtain Spanish nationality. A proper solemnity will be given to the act of acquiring Spanish nationality,” reads Section 3.6 of the PP’s electoral program.

“I understand that knowledge of Spanish culture is expected, that immigrants integrate into their lives the customs of the host country and do not impose their own, but it is excessive to subject them to a test. With a simple interview one cannot assess the degree of integration of a person, “says Paola Jimenez, a Mexican journalist of Spanish descent.

In the last municipal elections and the 2008 general elections, the PP accepted only immigrants that came to Spain with a contract, a contract that clearly depicts the “perfect behavior” of the citizen. Now the conservative party seeks a point-based system to measure the skills of would-be citizens. Academics, doctors and qualified workers constitute the new immigration that is of interest to Rajoy.

According to the PP’s leader, the low-skilled labor is, “still necessary in Spain, but it only fits into a circular system when the season requires.” And if immigrants do not meet the requirements, the PP will demand the return to their countries of origin. “We want a legal and orderly immigration, and above all perfectly integrated into Spanish culture and customs,” says Mariano Rajoy.

This article was translated in agreement with Correo Diplomatico.