For centuries, Morocco’s sovereignty was extended over the Sahara. Its sovereignty over the territory was only terminated when the Spanish and French divided the Kingdom into zones of influence. 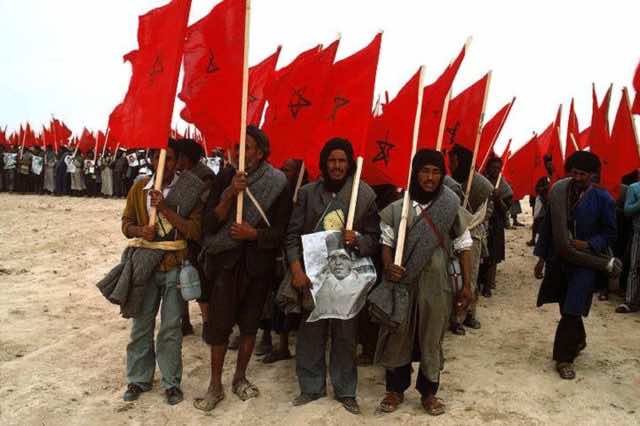 New York – Following the dissociation of the question of the Spanish controlled territories of the Sahara and Sidi Ifni in the late 1960s, the discourse over the contested region has largely overlooked this historical fact. Accusing Morocco of occupying or annexing the Sahara is all the more mistaken because  there is tangible evidence that  historical ties existed between the tribes of the region and the Moroccan Sultans for centuries even before the advent of the national state.

Even the much-politicized phrase “Western Sahara” had never been used before 1962. Since Spain started colonizing the Sahara in 1884, this territory was referred to in international literature as the “Spanish Protectorate of the African Coast” of Rio de Oro. And the process of the drawing of Spanish-controlled Sahara was not achieved until the signing of the Franco-Spanish Convention of 1912, which was signed after the Treaty of March 1912, the consequence of which also made Morocco a French Protectorate.

By virtue of the French-Spanish Convention, signed in Paris, the northern and southern parts of the Kingdom, including the Saharan territories were delegated to Spain. In 1946, Spain detached Sidi Ifni and the Sahara from the other parts of its de facto protectorate in Morocco, and created a centralized administrative territory, known as Spanish West Africa.

In another attempt by Spain to preempt any Moroccan claim to the Saharan territory, Madrid promulgated a decree on 10 January 1958, which stipulated that the Sahara would be administered as a province equal in status to other parts of Spain proper. Morocco’s reaction to this decree was not late in coming. On 25 February 1958, the late King Mohamed V delivered a speech to the Saharawi population in the oasis of M’hamid el-Ghizlane in the Sahara and recalled the historical ties of allegiance between them and the monarchs of Morocco. He promised a total mobilization on the part of the Kingdom for the return of the Sahara to the country’s sovereignty.

Elaborating on the often-dismissed ties between Morocco and the Sahara, Abdeslam Maghraoui, a professor of comparative politics at Duke University, acknowledges that although the authority of Moroccan Sultans “did not extend evenly and consistently to all territories they considered to be under their sovereignty”, official representatives appointed through royal decrees operated throughout the distant Saharan territories within the framework of the sultan’s administrative apparatus. Maghraoui goes on to say that the recovering of the Sahara by Morocco is framed by the belief of Moroccans in their right to reconstitute “an empire that it had lost at the time of the Spanish colonization of its territory and thus vindicate its historic title to the territory”.

The protracted Sahara conflict has been forgotten in the context of the legacy of colonialism that divided up the historical Kingdom of Morocco in the late 19th century, and this history was lost in the geopolitical rivalries of the early 1970s.

The Moroccan people have been not only victims of Spanish and French colonialism, which were deleterious to their country, but they have been also victims of the international community’s decision to apply in the Sahara, since the emergence of the Polisario in the 1970s, a “one-size-fits-all” solution for European decolonization. This has meant establishing new states based on colonial borders. The policy was followed to facilitate the decolonization process, a legacy which is often blamed for interethnic conflicts plaguing the African continent up to nowadays.

In its report about the Sahara, the International Crisis Group recognizes “that self-determination is anything but a panacea for the resolution of conflicting sovereignty claims, as it offers a one-size-fits-all solution that may not be appropriate in the case of some present-day conflicts, including Western Sahara.” In Morocco’s case, this simplistic approach ignores the historical legitimacy and reasons for Morocco’s claims to the territory, and the colonial era in which Morocco was divided up between France, Spain and the the International zone in Tangiers.

The international Crisis Group goes on even further to say that the continuing focus of the United Nations to address the Sahara exclusively from a self-determination standpoint, is one of the main hindrances to the settlement of this conflict. “By continuing to define the issue as self-determination, the U.N. has encouraged the Polisario Front and Algeria to continue to invest all their energy in seeking the realization of this principle and at the same time has pressured the Moroccan government to pay lip service to self-determination, when in reality Rabat has never sincerely subscribed to it. The U.N. thereby has inhibited the parties to the dispute from exploring the possibility of a resolution based on a different principle or set of principles”.

By persisting to define the dispute through the lens of self-determination, without considering that Saharawi nationalism was created by Spanish and Algerian leaders, and at the same time urging the parties to reach a consensual and mutually acceptable solution, the United Nations is following an unclear path that does not create the conditions conducive to putting an end to this issue. Self-determination and a consensual solution are like two parallels that will never meet. The United Nations needs to move away from its rigid approach regarding self-determination and take into account the facts on the ground. And the reality suggests that the current approach will not lead to an acceptable solution.

The past two decades have proven that an agreement between Morocco and the Polisario to hold a potential referendum is impossible in light of the diametrical opposition in the views of both parties on defining the electorate. This is what prompted the former United Nations Secretary General’s Personal Envoy to the Sahara, Peter Van Walsum to state in an interview with the Spanish daily el Pais in August 2008 that the option of an independent State in the Sahara is not an accessible objective.

Rather than helping to find a lasting solution to the Sahara conflict, the concept of self-determination as strictly interpreted by the Polisario and Algeria constitutes an obstacle to ridding the Maghreb region of one of the protracted inheritances of European colonialism in the Maghreb. Hence the need for the United Nations to find a new way forward through negotiations.

But for these negotiations to “offer any serious prospect of securing a sustainable agreement that might resolve the conflict … it is essential that negotiations not be prejudiced at the outset by the stipulation that their objective is to secure the self-determination of the people of Western Sahara. Their objective should be to resolve the conflict between the parties through an agreement to which they all genuinely adhere, whatever principles that agreement may be based on.”

As a matter of fact, the proponents of the Polisario have been so vocal in not envisaging any option other than self-determination.  As the International Crisis Group put it in its 2007 report about the Sahara, “the protracted attempt to resolve the Western Sahara question on the basis of the principle of self-determination has led most actors and observers alike to become fixated on this principle as if is the only one at issue.”

Through its fixation on the principle of self-determination, the international community at large overlooks the interests and principles that lie at the heart of the territorial dispute over the Sahara.

Finding a lasting and mutually acceptable solution is contingent on taking into account the historical rights and the strategic interests of the parties involved in the conflict, including Algeria. The first step in this direction is to understand the fact that Morocco has always had historical ties and claims over the Sahara and that this issue falls within the framework of its efforts to preserve its territorial integrity. On the other hand, the concerns of the Polisario and the Saharawi population to preserve their identity are also to be taken into account. The concerns of Algeria regarding the intangibility of frontiers inherited from the colonial era, needs also to be addressed.

The proposal made by Morocco in April 2007 for broad autonomy to the Sahara, which has been hailed by the international community as a “credible and serious offer”, does not only offer the preservation of the Sahrawi people’s interests but will also allow them to fully partake in the political and economic life of their region. However imperfect it may be now, this proposal should be used as a platform for negotiations with a view to reach a final and fair solution to the conflict.

On the other hand, as regards Algeria, Morocco has long dropped any intention to lay claim to parts of the Algerian territory, previously deemed part of Morocco before the colonial era. Morocco has also been keen on working together with Algeria towards laying the foundations of the Maghreb Arab Union.

The activation of the lethargic Arab Maghreb Union will not only result in broader economic and political cooperation between countries of the Maghreb, but also in creating equilibrium in the region. As demonstrated by the International Crisis Group, “these are all matters of genuine principle for the concerned parties. A negotiation which took them into account might possibly yield an agreement. And an agreement based on them would deserve the international community’s respect.”

Based on the forgoing, it seems clear that the only option to put an end to this protracted conflict is that the parties negotiate a mutually acceptable solution, away from any insistence that a referendum of self-determination is the only path towards attaining a possible settlement. Those who criticize Morocco for not accepting the option of a referendum overlook the fact that thousands of Moroccans of Saharawi descent who relocated to other parts of Morocco in the late 1950’s cannot take part in a possible referendum.

Many also forget the fact that these Moroccans left their homes as result of the scorched earth policy of Spain and France during peration “Ecouvillon”, conducted jointly in 1958 by these two former colonizers in order to quell the insurgency movement in the Sahara. This campaign led to a mass exodus of the Saharawi population, who relocated in other parts of Morocco. The number of people who fled ranged between 20,000 and 30,000. The Polisario and its supporters refuse adamantly that these people be counted in a possible referendum.

Since the referendum cannot be conducted owing to the diametrical differences between Morocco and the Polisario over who is eligible to vote in a popular consultation, the Polisario and its supporters have to come to terms with the idea that the referendum cannot be an option. Thus, the need to start in earnest a process of real and result-oriented negotiations with the goal of achieving a long lasting solution to the conflict, which should take into account both the historical rights of Morocco over the Sahara and the interest of the entire Saharawi population.

To Read Part I: Morocco Has Never Annexed Western Sahara