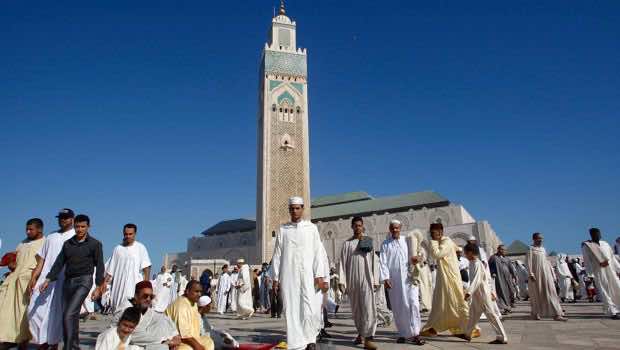 A controversial byproduct of the democratic awakening in Morocco is the unprecedented call for personal freedom and liberty and to break free from all forms of oppression, notably what is considered as ‘religious dogma.’ Never has Islam been attacked in such an aggressive way by a population which is supposed to be Muslim. The Moroccan constitution states Islam as the religion of the country and it constitutes an indispensable component of the local culture and social fabric. The importance of Islam in Morocco demonstrates itself in various ways, and it is significantly embodied in the king as being both the Head of State and Commander of the Faithful. However, this dichotomy has been stirring a lot of reactions and has raised calls to put an end to it, which poses an important question about whether Moroccans are likely to let go of Islam for the sake of personal liberty.

It is not easy to confirm whether it is out of mere coincidence that among supporters of 20 February Movement, since its early days, are allegedly non-religious youth. While it is hard to verify the credibility of such information, it remains an absolute fact that the outbreak of such calls for personal liberty came simultaneously with the outbreak of demonstrations in the country and many of its advocates have appeared side by side with the members of the movement and its masterminds.

But why is there this wish to shun Islam away from people’s lives? As a matter of fact, this question is not an easy one to answer, nor is it clear how or why such people are taking the trouble to concern themselves about what they believe to be people’s personal liberties such as their ‘right’ not to fast during Ramadan, to do so publically as well as their ‘right’ for sexual freedom. It was not long ago that such demands were considered blasphemous and sacrilegious and it was unlikely that any one would dare to bring such issues before the public.

Nowadays, however, with the advance of communication technology and the internet, things have changed and it has become very easy for anyone to preach their own beliefs and voice their opinions no matter how controversial they are. Moreover, social media such as YouTube and Facebook abound with people who describe themselves as ‘non-religious’ and encourage people to voice their right to have total freedom of choice whether to abide by religion or not. Some of these people live abroad while others live in Morocco, but they all share one common objective, to live in a civil state where religion does not interfere with their personal liberties and freedom.

It would not make sense to deny the existence of the proponents of such demands, but it is not that easy to determine whether such demands can build significant momentum and be attained. This is an issue that requires some contemplation, because it does not require much effort to realize that the role of Islam in Moroccan society is not trivial nor dispensable.

The sight of Moroccan society from afar, especially the country’s modern large cities, can be very misleading and misrepresentative . The image one may get is that of a society on its way towards modernization and of women achieving more freedom from the oppressive veil as they now wear jeans and rub shoulders with men in fields that have long been male-exclusive. There are even spots in the country that are internationally notorious for their moral dissolution and lack of integrity. Those who get this impression of Morocco, as I said above, cannot have a close view of Moroccan society. The image they see is totally blurred and fuzzy.

A closer look at Moroccans’ daily life is capable of revealing a totally different image of the reality of Islam in the country and its value for Moroccans. First, we all know that the large majority of Moroccans regulate their time according to prayer time; therefore, it is very common to hear people making plans to meet after or before prayer. Similarly, the sunset prayer is widely taken as the time at which all family members must be home, especially during autumn and winter. Another example is of people’s speech and conversations where it is very common to hear them mention Allah and his “will” very frequently; expressions like ‘Allah knows best’ and ‘with Allah’s will,’ to name but a few, are very recurrent and reveal a religious perspective on the part of people.

Moreover, we can add to these examples the sanctity of religious occasions and their value to the people who take them as opportunities to be with family and relatives. There is almost no need to mention the huge number of people that populate mosques throughout the country especially on specific religious occasions. Hassan II Mosque in Casablanca, for example, hosted more than 250,000 people who went there to celebrate the Night of Al Qadr last Ramadan.

In addition to all the reasons mentioned above, I can add another one that I have witnessed recurrently and it has proved to me, once again, that Moroccans and Islam share an unbreakable bond. I have seen people under the effect of drugs and alcohol and they swear they would fight anyone who dares to blaspheme Islam, although they may curse religion every now and then. I have even seen some of them encourage people to stick to Islam and never let go of it for the world. Some of them even turn into religious preachers while they admit that they should not be drinking alcohol nor doing drugs and ask Allah’s mercy and guidance towards the right path.

Some of you may find these examples pointless, meaningless and insignificant. In such case, you turn a blind eye to a clear image that shows how attached Moroccans are to Islam regardless of how religious they are and how many of them really fulfill their religious obligations. Looking at Moroccan society from a narrow angle is misleading and misrepresentative of the real life of Moroccans.

However, still within the same context, I am not insinuating that there are no atheist Moroccans; of course there are many of them and their presence among us is undeniable. But who are they? According to what is propagated on the internet and on social media, the majority of these non-religious Moroccans are young people who have had some sort of education and probably got in contact with their counterparts from other parts of the world. Usually, these are people who took a turn in their studies and became influenced by western philosophy and ideas without allowing themselves the chance to value what they already have. At a certain point during their studies, they must have been introduced to the revolutionary ideas that quaked Europe and paved the way to modern day European society.

The biggest trouble with these ‘new prophets’ is their fascination with western logic, which they put at the service of their cause. What they seem to be unaware of is their ignorance of the potential of Islam and the limitations of their approach to the subject of religion in Moroccan society. Their discourse is centered on personal liberty and human rights as their arsenal to knock down the religious fortress of Moroccan society, which is, in my view, a naïve aspiration and desperate effort. This also reveals their utter misunderstanding, if not ignorance, of their own society because they have always remained alienated and distant from it. By the same token, their limited knowledge keeps them from understanding that the circumstances and conditions that led the west to opt for civil law have nothing to do with the reality of Moroccan society.

Islam has never been oppressive and it has never repressed knowledge or chained freedom. It regulates people’s lives from all aspects and getting to know Islam takes more than observation and shallow interpretations. Moreover, a poor understanding of the social and historical circumstances that led western societies to shun religion in the past and the repercussions of this on them at present, prove that little knowledge is indeed a dangerous thing.