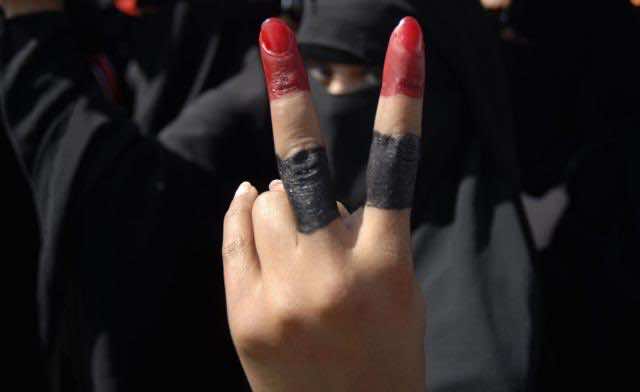 Yemen’s embattled President Ali Abdullah Saleh has agreed to sign a plan to transfer power to his deputy and end the crisis that has gripped the country since January, a senior opposition figure said on Monday.

“The negotiations that have been under way for the past three days have led to an agreement by which the Gulf initiative and mechanisms for implementing it will be signed on Tuesday,” Mohammed Bassandawa, head of the National Council of revolutionary forces, told AFP.

The plan submitted by the six-nation Gulf Cooperation Council calls on Saleh to hand power to his deputy, Abdrabuh Mansur Hadi, thus ending his 33-year rule in return for immunity from prosecution.

Saleh has so far refused to sign the agreement, despite violence which has seen hundreds of people killed and thousands wounded since an uprising against his regime erupted in January.

Bassandawa refused to give more details on the negotiations which he said finally persuaded Saleh to sign the GCC deal which the wealthy neighbors of impoverished Yemen first proposed in April.

In line with this agreement “President Saleh will sign on Tuesday in Sana’a the Gulf initiative,” said the opposition official.

“Vice President Abdrabuh Mansur Hadi, leaders of the (ruling) General People’s Congress and of the opposition will also sign the mechanism for implementing the agreement on Tuesday,” the opposition leader said.

But he also insisted on adding words of caution.

“This in an agreement in principle,” he said.

Saleh, who has been in power since 1978, has repeatedly thwarted efforts by the GCC and the United Nations, to ink the pact.

On May 1 the GCC called off a signing ceremony because Saleh refused at the last minute to sign the document. A second ceremony on May 22 was also scrapped for the same reason.

The GCC plan proposes the formation in Sana’a of a government of national unity, Saleh transferring power to his vice president and an end to the deadly protests rocking the impoverished Arabian Peninsula nation since late January.

The president would submit his resignation to parliament within 30 days, to be followed two months later by a presidential election.

The latest developments come as a U.N. Security Council meeting on Yemen which was due to take place on Monday was postponed at the request of political rivals in Sana’a.

“The Security Council meeting was postponed to November 28 at the request of the protagonists” of the Yemen crisis, Jamal Benomar, the U.N.’s envoy to Yemen, said on Sunday in Sana’a.

Benomar has been in the Yemeni capital since last week for talks aimed at ending 10 months of political deadlock and bloodshed.

The 15-member Security Council unanimously passed Resolution 2014 on October 21 condemning the Sana’a government’s crackdown on the mass anti-regime protest movement that has swept the country.

It also called on Saleh to sign the initiative submitted by the GCC which groups Saudi Arabia, Kuwait, Oman, Bahrain, Qatar and the United Arab Emirates.

The political turmoil in Yemen, which has seen powerful tribes and army dissidents join opposition groups and youth protesters in their struggle to oust Saleh, has left Yemen’s already impoverished economy on the brink of collapse.

The violence has also triggered fears that it could affect neighboring Saudi Arabia, the world’s largest oil exporter which shares a long border with Yemen.

The agreement came about following intervention from U.S. and European diplomats who put pressure on both parties to make compromises, opposition sources said.

A source in Saleh’s GPC party said the agreement had been ready for several days but a party in an opposition alliance had been against the deal.

Under the agreement, opposition officials said Saleh would retain the title of president but without any powers.

They said one of the last sticking points had been over whether a military committee being set up to oversee the armed forces would have the power to sack commanders who refuse to obey orders. Saleh agreed to give the committee such powers because it would be led by Hadi, they said.

The GPC source said the vice president would have powers to implement the Gulf initiative, appointing a new government that would take the oath before him and call the presidential election. He said Saleh would remain president and that his powers would be “within these limits”.

“He will remain the constitutional president and will also be the head of the General People’s Congress,” he told Reuters.

The source said one of the risks to the agreement was that dissident military commander, Ali Goshen, and tribal chief Sadeq al-Ahmar were not part of the accord. “One of them has the military power and the other has the money, and their power is greater than the coalition alliance,” the source said.