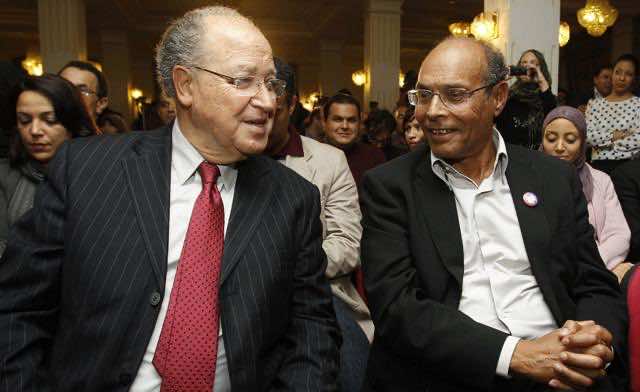 The North African nation inaugurated its elected constituent assembly, which will confirm the appointment of Hamadi Jebali of the moderate Islamist Ennahda party as prime minister and two other key appointments.

Tunisia’s three main political parties on Monday formalized the power-sharing agreement a month after historic elections which saw Ennahda win the most votes.

Moncef Marzouki of the leftist Congress for the Republic Party (CPR) will be president, and Ettakatol’s Mustapha Ben Jaafar will chair the body tasked with drafting a new constitution.

“This event is like a second independence for Tunisia,” Ahmed Mestiri, an iconic figure in Tunisia’s struggle to gain its 1956 independence from France, said of the inauguration of the assembly.

“It’s the symbol of the break with the old regime and the establishment of legitimate rule,” the respected 86-year-old former politician told AFP.

A popular uprising that started in December 2010 over unemployment and the soaring cost of living ousted Zine ElAbidine Ben Ali, who had been in power 23 years and was thought to be one of the world’s most entrenched autocrats.

The revolt touched off a wave of pro-democracy protests across the region known as the Arab Spring and Tunisians anchored their revolution last month with an historic election for a constituent assembly.

The 217-member body, which will be tasked with drafting a new constitution and picking a new executive, is dominated by Ennahda, a party inspired by the Muslim Brotherhood.

The moderate Islamist group holds 89 seats while the CPR and Ettakatol control 29 and 20 seats respectively.

The assembly’s inaugural session will take place in the bey’s palace in the Bardo area that sheltered the old National Assembly and was where the treaty paving the way for the French protectorate was signed in 1881.

The special session on Tuesday will confirm the assembly’s president and elect two deputies, a man and a woman.

The chamber’s freshly-elected members are also due to adopt a set of internal rules based on a document drafted by the now-dissolved body in charge of political reform after Ben Ali’s ouster.

Challenging the bloc formed by the three main parties, the Progressive Democratic Party and the Democratic Modernist Pole, which have 16 and five seats respectively, will be main opposition forces.

A question mark still hangs however over the Popular Petition, a previously unknown group lead by a London-based millionaire which came out of the woodwork to clinch 26 seats, making it the assembly’s third largest party.