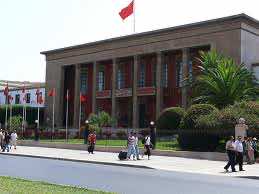 The thorny issue of unemployment was at the heart of the programmes of the majority of political parties with promises to create between 200,000 to 250,000 jobs annually.

The eight parties forming the Coalition for Democracy, namely the National Rally of Independents (RNI), the Constitutional Union (UC), the Party of Authenticity and Modernity (PAM), the Popular Movement (MP), the Party of Renaissance and Virtue (PRV), the Labour Party (PT), the Socialist Party (PS) and the Green Left (PGV), vowed in their joint programme to create 200,000 employment opportunities through promoting self-entrepreneurship, setting up financial advantages and simplifying procedures relating to enterprise creation.

The Coalition for Democracy also targets the increase of the budget of the enterprise promotion fund to 3 billion dirhams and said they will make sure training meets the needs of the job market.

The Progress and Socialism Party (PPS) delivered promises to create 250, 000 jobs per year with a view to lowering unemployment to 7% instead of 9% currently.

For its part, the Justice and Development Party (PJD) promised to bring the minimum wage to 3000 dirhames, hoping to enhance Morocco’s rank in the Human Development Index by placing it among the first 90 countries.

The USFP, which did not use numbers, said they will improve the existing mechanisms and structures of job promotion.

As for growth, the majority of parties voiced determination to reach an economic growth of around 6%, such an aim can only be achieved through colossal investments and maintaining macroeconomic stability.

In their programmes, the parties vying in the legislative elections said they will act on the compensation fund to which 150 billion dirhams were earmarked in the last five years.

The majority of political parties addressed the role of the compensation fund within the framework of maintaining macroeconomic stability. In this respect, the Coalition for Democracy promised to earmark 50% of the fund’s resources to support needy families and to use the rest to subsidy on basic producs.

The PPS said in its programme that the compensation fund should be more geared towards meeting the needs of the poor and proposed a reform programme in this regard.