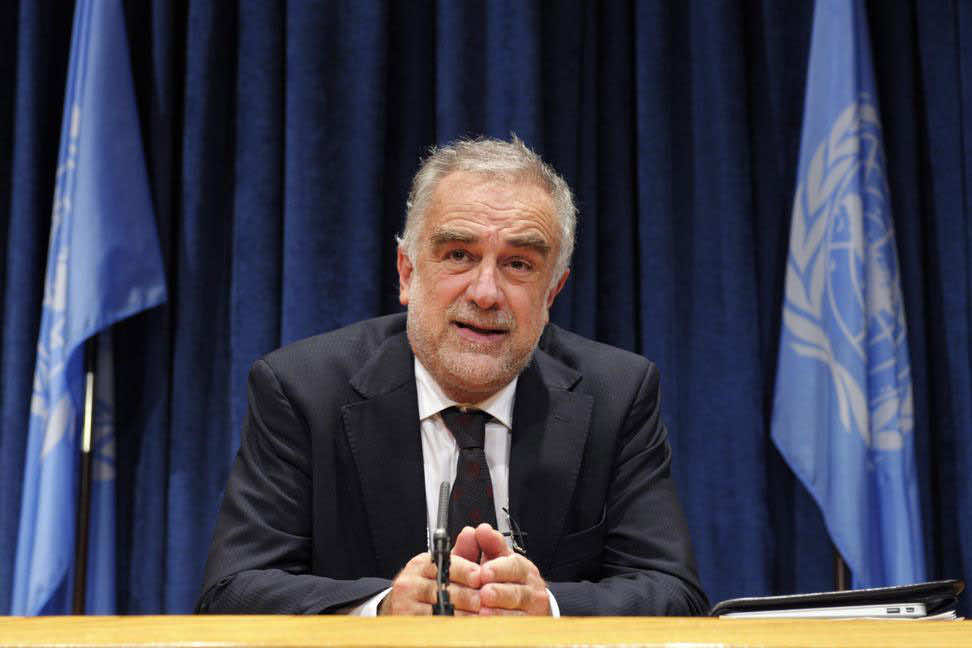 It will be up to the International Criminal Court (ICC) to decide where Saif al-Islam Qadhafi, son of the former Libyan leader, will stand trial to face charges for crimes against humanity, the court’s Prosecutor said today as he arrived in Tripoli for talks with national authorities.

The visit by Luis Moreno-Ocampo and Deputy Prosecutor Fatou Bensouda comes just days after the arrest in Libya of Mr. Qadhafi and amid unconfirmed reports of the capture of former intelligence chief Abdullah Al Sanousi, who is also wanted by the Court.

“Their arrest is a crucial step in bringing to justice those most responsible for crimes committed in Libya,” said Mr. Moreno-Ocampo.

He said he will seek information from the interim Libyan authorities about proposed national proceedings to assist the Court in analyzing the admissibility of the case against Mr. al-Qadhafi and Mr. Al Sanousi and to understand their plans moving ahead.

“The issue of where the trials will be held has to be resolved through consultations with the Court,” he stated in a news release issued by the ICC. “In the end, the ICC judges will decide. There are legal standards which will have to be adhered to.”

In June the ICC issued arrest warrants for Mr. Qadhafi, Mr. Al Sanousi and former leader Muammar al-Qadhafi for their roles in attacks against protesters, hundreds of whom are confirmed to have been killed since opposition forces rose up against the regime as part of a wider pro-democracy movement across North Africa and the Middle East.

The former Libyan ruler was killed last month during the final days of the eight-month-long conflict.

The ICC, based in The Hague in the Netherlands, is an independent, permanent court that investigates and prosecutes persons accused of the most serious crimes of international concern, namely genocide, crimes against humanity and war crimes.