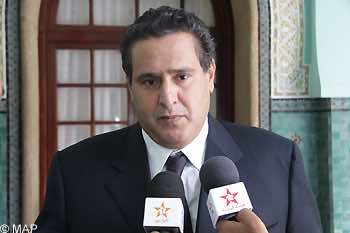 A partnership between Moroccan and Algerian agricultural professionals was set up, on Tuesday in Algiers, to promote technology transfer and trade between the two countries.

Three agreements were signed on the sidelines of the International agriculture fair in Algiers, in the presence of Moroccan Agriculture and Fishing Minister Aziz Akhannouch and his Algerian counterpart Rachid Benaissa, as well as the Moroccan ambassador to Algeria, Abdellah Belkeziz.

The first agreement was signed between the Moroccan Confederation of Agriculture and Rural Development (COMADER) and the Inter-professional Council of the Agricultural Sector in Algeria.

This partnership aims to develop joint actions that can create conditions for business development and technology transfer in key agricultural sectors.

Algiers agricultural fair is attended by over 200 exhibitors from 18 countries, including Morocco as a guest of honor.

Some 150 Moroccan professionals in the agricultural sector are taking part in this event, marked by the participation of thirty Moroccan agricultural and food companies.