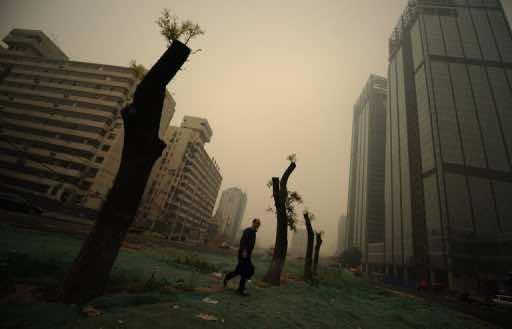 The Obama administration Tuesday said it was optimistic ahead of a new round of UN climate talks in South Africa next week, but did not raise hopes of sealing a binding deal on gas emissions.

Analysts say the UN process to rein in greenhouse gas emissions, blamed for climate warming, is still traumatized by the stormy 2009 Copenhagen summit and, in Durban, faces a bustup over the 1997 Kyoto Protocol, the only pact setting legal curbs.

Brandished by defenders as a model of cooperation between rich and poor, Kyoto’s first pledges expire at the end of 2012, but the United States has said it would not sign up for an updated Kyoto Protocol.

The US special envoy for climate change, Todd Stern, confirmed Kyoto was not up for discussion.

“Kyoto is not on the table for the United States (but) we don’t see it as a logjam,” he told a press conference, adding he believed the process “has to open up and include all major economies.”

Negotiators from more than 190 countries will meet in Durban, South Africa, from November 28 to December 9 with Europe aiming to set a roadmap towards a global pact by 2015 for curbing greenhouse gas emissions.

But Kyoto has been gravely weakened by the absence of the United States and the lack of binding constraints over emerging giants such as China and India.

Canada, Japan and Russia have also refused to sign on for a second commitment period, objecting to the lack of legal constraints on the world’s biggest carbon polluters.

Europe says it can accept a continuation, provided China and the United States show they are serious about major cuts in the coming years.

“We have worked very constructively with the Chinese… all major parties have taken steps together,” Stern said.

At the Copenhagen summit, the United States committed to curb emissions in the world’s largest economy by 17 percent from 2005 levels by 2020.

But asked about whether the United States was ready to accept future legally binding conditions beyond 2020, Stern replied: “We wouldn’t do it if all major economies were not in in a full way.”

He stressed, however, that the United States supported setting up a Green Fund which would help poor countries fight climate change and adapt to worsening floods, droughts and storms.

The aim would be that by 2020 provisions would be ramped up to contribute $100 billion a year to the fund. Not just countries, but the private sector and other institutions could choose to contribute as well as developing nations, he said.