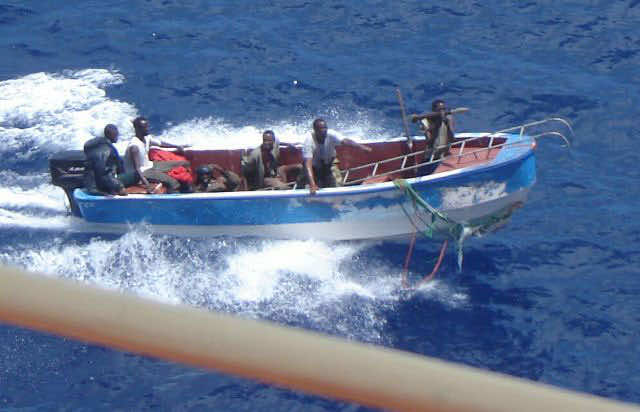 The Security Council today reiterated its condemnation of maritime piracy and armed robbery at sea off the coast of Somalia, noting that the crimes continue to pose a threat to peace and security in the region, and called for a comprehensive international response to the scourge.In a resolution adopted unanimously the Council recognized the need to investigate and prosecute not only suspects arrested at sea, but all those who facilitate piracy, including key figures of criminal networks involved in organizing, financing and benefiting from piracy.

The Council renewed its calls on States and regional organizations that have the capacity to take part in the fight against piracy to do so, in accordance with today’s resolution and international law, by deploying naval ships, arms and military aircraft, and through seizures of boats, vessels and any other equipment used to carry out acts of maritime piracy, or for which there is reasonable ground to suspect that they will be put to such use.

The 15-member United Nations body encouraged Member States to continue to cooperate with Somalia’s Transitional Federal Government (TFG) in the fight against piracy, and took note of the TFG’s primary role in combating piracy.

The Council also extended for another year the authorization under which States and regional organizations cooperating with the TFG may enter Somalia’s territorial waters to suppress piracy and use all necessary means to stop the crime.

It urged Member States to assist Somalia, at the request of the TFG and with notification to the UN Secretary-General, to strengthen its capacity to bring to justice those using the country to plan, facilitate, or engage in acts of piracy and armed robbery at sea, stressing that any such measures must be consistent with international human rights law.

The Council reiterated its decision to continue its consideration of the establishment of the specialized anti-piracy courts in Somalia and other States in the region with international participation and support.

States should also criminalize piracy under their domestic law and consider the prosecution of suspects, the imprisonment of convicted pirates or facilitators and financiers of acts of piracy, the Council stated in its resolution.

The Council urged all States “to take appropriate actions under their existing domestic law to prevent the illicit financing of acts of piracy and the laundering of its proceeds.”

The resolution also calls upon States, in cooperation with the international police organization, Interpol, and the European law enforcement agency, Europol, to further investigate international criminal networks involved in piracy off the coast of Somalia, including those responsible for illicit financing and facilitation.