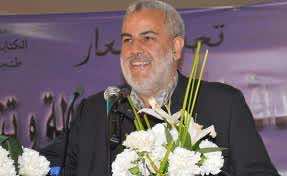 The opposition Islamist Justice and Development Party is poised for a strong showing in Friday’s legislative elections — the second elections prompted by Arab world uprisings this year. Facing a protest movement calling for a boycott of the vote, Morocco’s rulers are ready to embrace the once-feared PJD to restore confidence in the system.

With the victory of an Islamist party in Tunisia’s elections last month, and religious movements in Egypt and Libya set to compete in contests there, eyes are now on how Morocco’s PJD it will do on Friday. Victory would solidify the sense that the choice of the newly empowered masses of the Arab world is an Islamist one.

Though once described by Morocco’s secular elite as a threat to the country’s way of life, the PJD has cast itself as a moderate, anti-corruption crusading party ready to work within the system and, most importantly, fully supporting the monarchy.

Pro-democracy demonstrations across North Africa and the Middle East have shaken up Morocco’s politics, casting doubt on a decades-old system in which multiparty elections were held but left all power in the hands of the king and his allies.

“In 2002, we were in third place, in 2007 we were in second place, so if today we aspire to first place, it is only natural,” Abdelilah Benkirane, the secretary general of Morocco’s PJD, told The Associated Press.

Landing between 20 and 30 percent of the vote “is reasonable,” Benkirane said. That would translate into more than 100 of Parliament’s 395 seats, a huge jump from its current 47.

The likelihood of such an outcome is hard to gauge, because polls are not allowed. Morocco’s complex proportional representational system lends itself to fractured parliaments with many parties which are then assembled into governing coalitions by the king’s advisers.

In Parliament, the PJD initially focused its efforts on social and religious issues like the Islamic headscarf for women and the sale of alcohol, but has since adjusted its message to focus on issues with wider resonance, like fighting corruption, reforming education and combating rampant unemployment.

Mohammed VI has held onto power while leaders in nearby nations have lost it in bloody uprisings this year. But under pressure from demonstrators, he first modified the constitution to give some of his powers to the Parliament, and then brought forward legislative elections by almost a year.

The last parliamentary elections, in 2007, were marred by a low turnout rate of just 37 percent. This year, several political parties as well as the youth-driven pro-democracy February 20 movement are calling for a boycott, claiming the system is rigged.

Morocco’s leaders “want the PJD to do well because it will give credibility to the elections, particularly because it is one of the only credible parties still participating,” said Maati Monjib, a political analyst and president of the Ibn Rushd Center, which promotes investigative journalism.

Unlike in 2007, there is no campaign against the Islamists in the state-dominated press and instead there are just calls for everyone to vote.

There are more than a dozen political parties participating in Friday’s elections from across the political spectrum, but most are tainted by their close association to the palace and willingness to work with authorities at any cost.

An Islamist party has never been allowed in the government, which gives the PJD more credibility in a country distrustful of politicians. Morocco is a largely traditional society but not an overtly conservative one. The Islamic headscarf, for example, is less in evidence on city streets than in nearby Libya or Egypt.

The PJD is also one of the best organized parties in the country with significantly more internal democracy than its leftist and rightist rivals, noted Mohammed Barrada of the Tariq Ibn Ziyad Initiative which interviewed party officials and put out a political guide to the elections.

“The PJD, the Islamic Party, has done a very good campaign with different levels of the population,” he said. “The PJD must be the winner, for me because it’s probably because it’s the main option (for people).”

He said having the PJD as the head of the government might actually shake up the long status quo in Moroccan politics because of their outsider status.

“Psychologically, to have an Islamic Party at the top could make people respect the law more and we could have real improvement,” he added, while noting that the members might be hobbled by having less administrative experience than parties who’d participated in past governments.

The PJD, especially under Benkirane, has signaled that it is ready to work with the other parties should it earn the most seats in the election, which under the new constitution would automatically give it first crack at forming the next government.

The PJD grew out of the radical Islamic Youth movement in the 1960s before Benkirane and others split off to form a more moderate group that long petitioned the king to become a legal party. The group was always more acceptable than the more powerful Adl wal Ihsane (Justice and Charity) Islamic movement, which is officially banned, rejects the authority of the king and together with the February 20 movement has called for an election boycott.

The PJD has participated in elections since the late 1990s, swelling its number of seats to 47 in 2007.

“The party has evolved into a venue for serious debates on public policy measures needed to address Morocco’s social and economic problems,” said analyst Amr Hamzawy of the Carnegie Endowment in a 2008 study of the party.

The party also backed a progressive amendment to the country’s family legal code in 2005 that improved the status of women and was opposed by religious conservatives.

Hamzawy said its economic plan has no obvious religious component.

“There are no signs that the PJD intends to demolish the current system entirely or revolutionize the economic model by introducing laws and regulations that make it more Islamic,” he noted.

Unlike the pro-democracy activists, who believe the whole system is rotten and the powers of the monarchy need to be curtailed, Benkirane believes the king must remain part of the country’s system.