Morocco World News
Home Highlights on Morocco The November 25 elections: the establishment of democracy depends on your vote 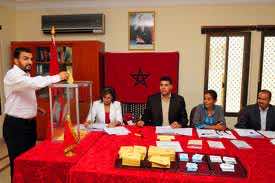 Morocco will have a rendezvous with history on November 25 as voters will cast their ballots during the legislative elections. The peculiarity of these elections is that they take place against the backdrop of particular regional and international contexts.

At the regional level, the Arab world is rocked by protest movements that are challenging all political formations. The international community, meanwhile, is called upon to swiftly take adequate measures to tackle the global economic crisis that has spared no country.

With the adoption of the new constitution, Morocco has made a big leap down the path of  building a concrete democratic system. Thus, one must admit that all the necessary conditions are provided to not miss this opportunity afforded to Moroccans to elect their new government. Indeed, the authorities have allocated substantial resources in order for the elections to be held in the best conditions.

In addition to the voting procedure, which has been simplified, these elections will be held under the supervision of Judges and foreign observers to ensure probity and transparency.

However, the recent democratic achievements made in Morocco should by no means be viewed as the corollary of the so-called “Arab spring”. It has certainly resulted in the acceleration and stimulation of the democratization process. Moreover, the democratic process in Morocco was set in motion after independence and has experienced a significant boost thanks to the foresight and the voluntarism of King Mohamed VI.

Being essentially a contest among political parties, these elections will test the correctness of their programs and their ability to mobilize voters. The latter, for their part are called upon to show good citizenship and to fulfill their national duty to choose representatives who will best defend their interests.

Abdellatif Abouchadi is a contributor to Morocco World News