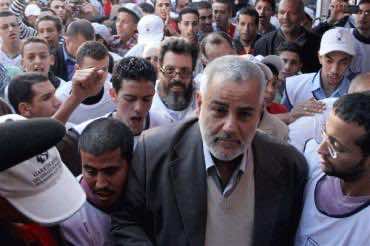 Moroccans will vote on Friday in parliamentary elections that could change the country’s political landscape, with the possibility of an Islamist party entering government in the wake of the Arab Spring.

The elections will also test the democratic will of King Mohammed VI, who reformed the constitution to curtail his own powers in the wake of the Arab Spring, but has yet to reveal the true extent of the reform.

The king called the elections one year ahead of schedule so that the new constitution – which has been depicted as a way to launch a more democratic era after it was approved in a July referendum – could come into effect.

Observers say there is a good chance that the opposition Islamist Party of Justice and Development (PJD) – currently the second-strongest in parliament – will take the largest number of seats, following Islamist successes in nearby Egypt, Libya and Tunisia.

If the PJD does win, the new constitution forces the king to appoint an Islamist prime minister – at least in theory.

However, the PJD faces a strong challenge from the newly created alliance Coalition for Democracy and from Prime Minister Abbas el-Fassi’s nationalist Istiqlal party, observers said.

There were also fears within the PJD that Morocco will not honour its promises of transparency, or that competing parties will bribe voters to keep the Islamists out of power.

The new constitution reinforces the powers of the prime minister, who can fire ministers and pick ambassadors or directors of public companies. The new parliament will have stronger powers to launch legislation and to topple the government.

However, Morocco’s political system is still anchored upon the monarch, who remains the military and religious leader and also retains vast political powers.

The reform was adopted partly to placate February 20, a heterogeneous protest movement including students, Islamists and members of small leftist political parties.

The reform was meant to show that Morocco was capable of a peaceful transition, unlike other Arab countries where protests escalated into widespread violence.

But it failed to convince February 20 activists, thousands of whom demonstrated in the country’s top cities over the weekend, calling for a boycott of the elections, which some of them described as a “farce”.

The 2007 elections only had a turnout of 37%, but it was expected that the constitutional reform would mobilize more voters this time.

The moderate PJD stresses Islamic values, but it does not push for a fundamentalist state.

It also does not question the monarchy or the king’s role as the official leader of the country’s Muslims, as is done by the more radical al-Adl w’al Ihsane (Justice and Spirituality).

Morocco’s biggest Islamist movement is illegal but tolerated. Many of its members have joined the February 20 movement.

The PJD’s main challenger in the elections is the Coalition for Democracy, whose relatively young politicians claim to represent modernity and change.

However, the eight-party coalition is built partly around the PAM, a party close to the royal palace. PAM founder Fouad Ali Himma is known as one of King Mohammed’s closest friends.

The third main force in the elections is the Kutla, a bloc comprising three traditional parties: Istiqlal, the Socialist USFP and the formerly communist PPS.

El-Fassi has presided over an average of 3% economic growth, seen as a good performance during the global crisis, even if it was partly due to good harvests.

Tourism income has increased, and the economy has also been buoyed by large-scale infrastructure projects, such as roads and a Tangier port complex, in recent years.

At the same time, however, many voters complain about high poverty rates and persistent unemployment. The official jobless rate now stands at about 8%.

“The PJD can win the elections if they are free and transparent,” the party’s deputy secretary general Lahcen Daoudi said.

If the PJD does win, it will have to seek a coalition with secularist parties, because the Moroccan proportional representation system makes it virtually impossible for a single party to obtain an absolute majority.

Istiqlal might consider a coalition with the PJD, but only if it gets to place its own representative as prime minister, sources close to the party said.