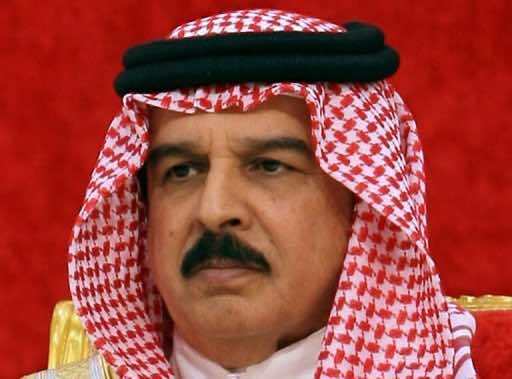 Bahrain’s king vowed reforms on Wednesday after a commission of inquiry found that his security forces used “excessive force” and tortured detainees in a March crackdown on Shiite-led protests.

On Wednesday he vowed there would be reforms.

“We will introduce and implement reforms that would please all segments of our society,” he said, and also expressed “dismay” at the mistreatment of Shiite detainees.

“We do not tolerate the mistreatment of detainees and prisoners. We are dismayed to find that it has occurred, as your report has found,” he said.

Responding earlier to the findings of the Bahrain Independent Commission of Inquiry, an official spokesman said the government accepts the criticisms.

“We took the initiative in asking for this thorough and detailed inquiry to seek the truth and we accept it.”

The statement said the government regretted the “mistreatment of detainees, as well as five deaths as a result of torture.”

The report acknowledged that the commission did not find proof of an Iran link to the unrest, dispelling widespread allegations by Sunni Gulf leaders that Tehran played a role in instigating the mainly Shiite protests.

“Evidence presented to the commission did not prove a clear link between the events in Bahrain and Iran,” said Cherif Bassiouni, the commission’s lead investigator.

However, King Hamad, who was present at the panel’s announcement of the findings, insisted that Iranian propaganda incited the “sectarian strife” during unrest.

“Iran’s propaganda fuelled the flames of sectarian strife — an intolerable interference in our internal affairs from which Bahrain has suffered greatly,” he said.

The mass demonstrations which rocked the Sunni-ruled kingdom earlier this year were violently crushed as government forces used live ammunition and heavy-handed tactics to scatter protesters.

The report said the death toll from the unrest reached 35, including five security personnel and five detainees who were tortured to death while in custody. Hundreds were also injured.

The findings, which studied events in February and March, said that 11 other people were killed later. The commission concluded that a total of 2,929 people were detained during the protest movement, at least 700 remain in prison.

The 500-page report said there was also evidence that Sunni Muslims “were the target of… humiliation, physical assaults, and attacks against their property.”

UN Secretary General Ban Ki-moon said he would meet Bahrain’s UN ambassador later Wednesday to discuss events there and “get more briefings about the report of the commission.”

Amnesty’s Bahrain researcher told AFP that the London-based human rights watchdog welcomed the commission’s recommendations and agreed with its findings.

“We felt the report was accurate… in general,” said Said Boumedouha.”There are also some very good recommendations,” he said, adding that the real challenge ahead is implementing reform.

“I think its going to be very tough for the government… everybody is watching them,” he said.

Boumedouha said the commission came to many of the same conclusions as Amnesty, particularly on the presence of “widespread torture… and grossly unfair trials.”

Investigations conducted by the panel revealed that security forces “used excessive force” while “many detainees were tortured,” Bassiouni said.

In March, security forces boosted by some 1,000 Gulf troops crushed the month-long uprising in Manama’s Pearl Square, epicentre of the anti-government movement.

“The commission did not find any proof of human rights violations caused by the presence of the Peninsula Shield forces,” Bassiouni said.

Iran and fellow Shiites across the Arab world had slammed the Bahraini government for calling in forces from fellow Sunni monarchies, claiming that the Saudi-led force was used against Shiite Bahrainis.

The report’s findings were released hours after clashes in at least two Shiite villages in Bahrain.

“I saw the police attack. There were a few dozen protesters shouting and chanting. The police attacked them with tear gas, rubber bullets, and sound bombs,” said Mohammed Maskati, head of the Bahraini Youth Society for Human Rights.

One man died in the unrest when his car hit a wall.

Speaking to AFP in Aali, protesters said earlier they expected little to change after the rights report.

“This report will not change anything. We don’t expect anything from it,” said one protester, speaking on condition of anonymity for fear of reprisals.