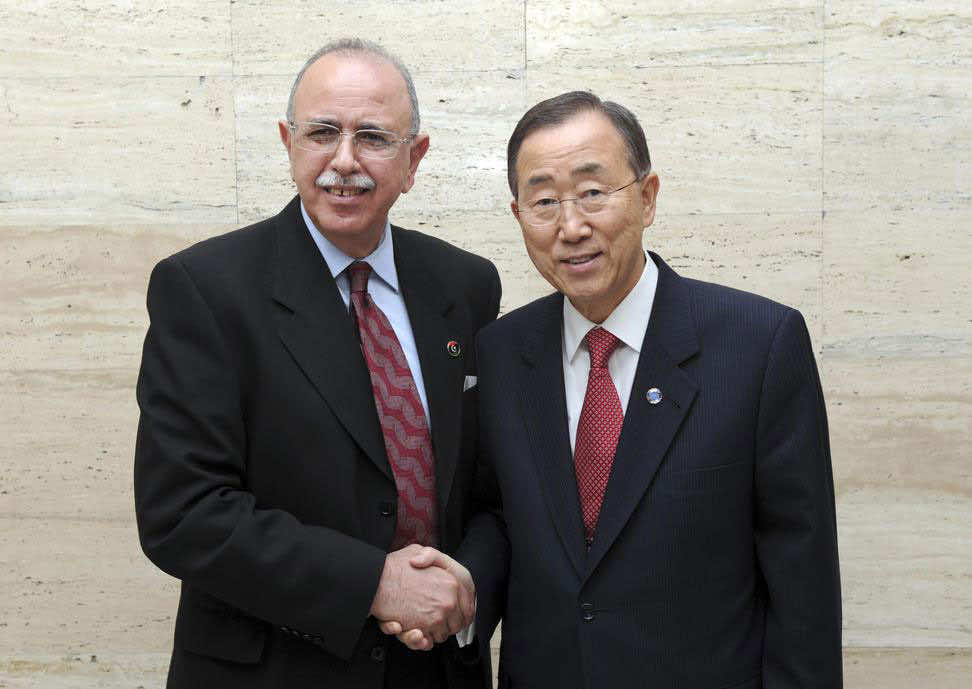 Secretary-General  Ban Ki-moon today welcomed the formation of the new interim Government in Libya and congratulated Prime Minister Abdurrahim El-Keib and members of his cabinet.“The Secretary-General wishes the new interim Government every success in addressing the numerous challenges facing Libya in this transitional period, including the crucial issues of national reconciliation, public security, human rights protection, and the resumption of basic services to the Libyan people,” said a statement issued by his spokesperson.Mr.

Ban reiterated United Nations commitment to fully supporting the new Government and the Libyan people, in accordance with its mandate as stipulated in a Security Council resolution.He said the UN Support Mission in Libya (UNSMIL), under the leadership of the Secretary-General’s Special Representative, Ian Martin, will continue to work closely with the interim Government and the National Transitional Council (NTC) as they move towards building “a modern, peaceful, democratic and prosperous Libya.”

The NTC declared the full liberation of Libya on 23 October, more than eight months after the start of the popular uprising against the regime of long-time ruler Colonel Muammar al-Qadhafi.

Mr. Qadhafi, who had been on the run as his regime collapsed, was captured by then opposition fighters on 20 October and killed.