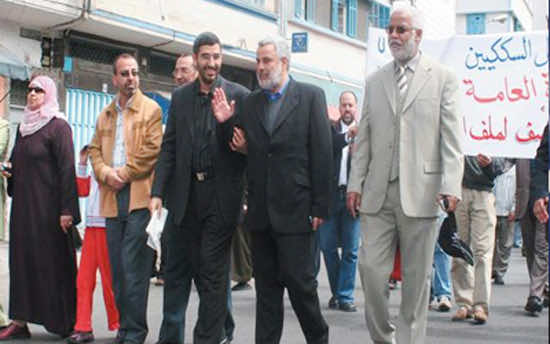 The various political parties running for the legislative elections of November 25, held since the outset of the electoral campaign on November 12 over 9,500 activities attracting around 608,000 citizens, the Interior Ministry said in a statement.

Eight out of the 31 political parties campaigning for the first general elections, held after the adoption of the new constitution, last July, attracted 75% of the overall attendees of these activities nationwide. Rural areas scored an attendance rate of 52% compared to 48% in urban centers, the statement said.

Electoral campaign activities include the distribution of pamphlets, the staging of marches, the holding of rallies and meetings as well as other means of advertising.

Alongside the traditional tools used in past electoral campaigns, the candidates resorted to new communication means such as the internet and social networks to approach the voters.

According to the interior ministry, the electoral campaign process was not smeared by any irregularities so far, with the exception of some isolated attempts that did not undermine the prevailing spirit of competition.

The central committee in charge of receiving complaints about the electoral process has processed, up to November 21, a total of 349 complaints, out of which 237 cases were reported by the press.

The cases disclosed by the press led to the opening of enquiries into 41 complaints and the prolongation of enquiry by authorities into 74 complaints. Some 227 files were closed for the absence of proofs.