Morocco World News
Home Highlights on Morocco Democracy is a Journey and a First Step to Set It In... 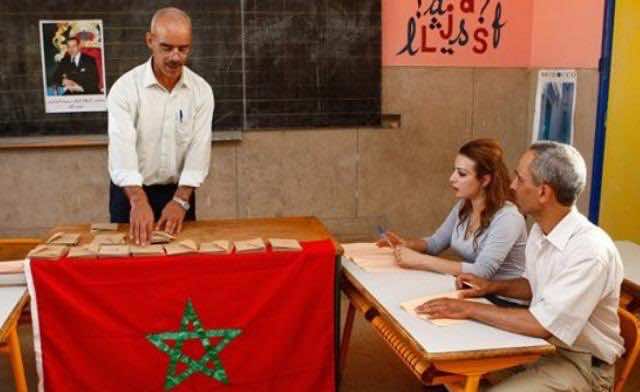 Building democracy is always a process. While the United States was heralded as the first modern representative government when it achieved independence from Great Britain in 1783, the right to vote was only provided to certain property-holding males.

The country’s first constitution had to be abandoned, and the United States current constitution was adopted six years after attaining its independence. It was not until 1791 that the Bill of Rights was fully adopted, also known as the first ten amendments of the constitution, that include freedom of press, expression and religion. Even still this constitution was notorious for counting black slaves as just 2/3s of a person for purposes of congressional representation.

Slavery was not abolished until 70 years later, during the civil war. Even so, legalized discrimination towards African-Americans, including blatant measures to deprive them of their voting rights, did not end until the civil rights era of the 1950s and 1960s. Women meanwhile had not gained the right to vote until the country’s 19th amendment was ratified in 1920.

Today, democracy in the US is under enormous pressure from ‘big’ money, manifested through lobbying and political contributions. It’s made government seem inept at solving problems, functioning on behalf of special interests opposed to the benefit of the general public good. Right now the beginning of a movement is only emerging that seeks to address this imbalance.

The process that has unfolded in the United States is similar to the experience that other modern day democracies have experienced in attaining their political systems. The French Revolution started in 1789, but universal suffrage, that included women having the right to vote in France, was not achieved until 1946.

Morocco has not been immune to the pro-democracy calls sweeping the Arab world. The activists and groups of the 20 February movement, which spearheaded the country’s protests, were disappointed that constitutional reforms proposed by the King fell short of establishing a constitutional-monarchy. For this reason, despite significant advances created by the reforms, February 20 has promised to boycott Friday’s legislative elections.

However, based on the constitution’s new provisions, many analysts have speculated that whether Morocco moves closer to a genuine democracy now depends on how the new constitution is implemented.

Therefore, in light of the experiences of all modern democracies, as well as the important role that democracy-minded citizens will have to play in the political process for Morocco to develop more democratic traditions, a boycott of these elections runs the risk of undermining the country’s democratization.

February 20 claims that it does not want to legitimize a system that “falls short of a genuine democracy”. Taking such a position overlooks the lengthy processes that all countries have followed to establish democratic institutions.

Representative government was considered an experiment in the late 18th century, so its evolution in Morocco does not need to take 150 years. But it still is not a system that usually can be adopted all at once. It requires persistent efforts both formally through the channels of government, and pressure from those on the outside.

To the credit of 20 February, their activism, ability to organize and willingness to take to the streets to make their voices heard fulfills the later criteria required to have a democracy. President Franklin Roosevelt, who implemented the US’s New Deal reforms in the 1930s, famously implored labor leaders during a meeting, “I agree with you. I want to do it. Now go make me do it.”

In recent decades in the United States, one of the major weaknesses attributed for the state of the country’s democracy has been a lack of civic engagement, which has enabled politicians to feel comfortable promoting policies on behalf of special interests that are detrimental to most Americans.

Participating in elections contributes to the other necessary criteria to have a functioning democracy. Having sympathizers within the legislature, allows one’s agenda to be pushed forward, even if only incrementally. In addition, politicians who don’t have to fear their critics voting them out of office are also unlikely to take heed of their demands.

In the case of Moroccans, many also feel disillusioned by the choices available to them for the coming elections, viewing the main political parties as “corrupt and unresponsive”. It is a sentiment not so different from Americans, who often feel their choice is between the “lesser of two evils” when it comes to choosing between the Democrats and Republicans.

Morocco, however, enjoys an advantage over Americans in this regard by possessing a parliamentarian system, in which even small parties can attain seats and be represented, opposed to the United States’ winner-takes-all majoritarian system. By eventually forming their own parties, these reform minded groups could push for change from within government while also from the outside.

Moroccans should also take heart in King Mohammed VI’s speeches, who has been keen in pointing out voters’ important responsibility to elect able candidates. While it may seem like an obvious statement, for observers of current American politics, it is very poignant. In recent years, the US has suffered the consequences of electing or nominating unqualified candidates with very little understanding of public policy issues, such as Sarah Palin, Rick Perry and George Bush.

Finally, for those in Morocco who feel that their vote will not make any difference in the final outcome of elections, America provides one last powerful example of the fallacy of this perspective. Only a few hundred votes were the difference in Florida that enabled George Bush to win the state and thus the presidential election in 2000. The margin was so small that it took one month of recounting ballots.

If Al Gore, the democratic candidate, had won in Florida, the US would never have ever embarked on the disastrous Iraq war. Many of the other problems currently being experienced by the US are linked to this endeavor and other policies of the Bush presidency. For all these reasons, it should serve as a reminder that for Moroccans who seek a genuine democracy, they should participate in Friday’s elections.

Benjamin Villanti has been part of the United Nations community in New York since 2005, working in both public information and political analysis. He has a Master of Public Administration from Columbia University School of International and Public Affairs and a Bachelor of Arts in International Affairs from George Washington University. Along with his experience at the UN, Ben possesses a strong interest in US public policy, the Middle East and Latin America as well as history, journalism and film. He speaks fluent Spanish having lived in Madrid, Spain and has studied Arabic. He is Morocco World News’ editor and  contributor.