Morocco World News
Home Opinion Democracy in Morocco: One Step at a Time 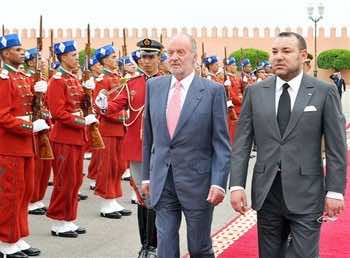 Morocco has been living a social upheaval that has given rise to movements such as the one that took place on February 20th, and the address of King Mohammed VI on March 9th that initiated a constitutional reform process that was approved in a referendum by most of the population. On November 25th, the North African country is to hold general elections. So what is Morocco’s future? Many citizens in this country, and also in Spain and Europe are asking themselves this question. The transition began in Morocco at the end of the reign of Hassan II, accelerated with the accession of the present sovereign, which aroused great expectations among broad sectors of the population, and then became stalled.

Some political scientists speak of “a never ending transition.” But the so-called Arab Spring, referring to the wave of street protests for freedom and dignity that has toppled dictators such as Tunisia’s Zine El Abidine Ben Ali, Egypt’s Hosni Mubarak and Libya’s Muammar Gaddafi ignited anger in Morocco as well. The movement that began on February 20th, which brings together individuals, associations and leaders of very different backgrounds and political ideology, is more a form of expression with successes and failures, contradictions and obscurities, deriving from the desire for change.

Researcher, Pierre Vermeren, in his book ‘The Maghreb, Is Democracy Impossible? ” writes: “The Maghreb of the 2000s is undergoing a political process with some uncertainty. ” Although true that the future of the Maghreb and Morocco is uncertain, it still seems quite promising and thrilling.  It can be asserted as promising if more liberals and modernists of the ruling classes and popular sectors committed to democratization reach a solid agreement that would facilitate the social and political progression of the country. No one needs to commit political suicide, or renounce personal views or yield all their power, but rather, leaders that strive for the common good, provide true stability and acknowledge the need for a profound change will guarantee authentic social peace.

In my opinion, King Mohamed VI has acknowledged what is currently occurring in Morocco, unlike other leaders of the Arab world, who cling to obsolete power and crush their nation mercilessly. Some nations, as Tunisian, Moncef Marzouki, would say “live in a situation of surveillance, repression and humiliation.” On the other hand, according to the historian Benjamin Stora, “The king had no choice”. In any case, I cannot minimize what is happening in this country. The figure of the king of Morocco is no longer sacred but has become inviolable as occurred in Spain with the head of state, Juan Carlos I. Parliament and the Government will have more power after the parliamentary elections of October 25th. The monarchy is to cede some of its prerogatives to popular sovereignty.

We’ll see if all these promises are fulfilled, but we shouldn’t believe there won’t be a change after election-day in Morocco. The young and older militants of the February 20th movement believe that the announced changes are insufficient and the more radical claim that constitutional reform is merely a ploy to buy time without an ultimate goal of changing anything substantial in the country. The most conservative and selfish sectors from the Makhzen view these changes disapprovingly, starting from the highest head of state. Other social and political channels welcome the steps being taken, but consider that while the Moroccan people must cooperate, they also have to continuously pressure their leaders to make further changes, until Morocco has become a fully democratic country.

I don’t have to tell Moroccans what to do. But I would like to take the opportunity to express my perspective on the matter. I think some Moroccans who share sincere and committed hopes for a democratic and prosperous Morocco might, coincidently, be getting ahead of themselves. Let me explain. They believe there can be a change from absolutism to full democracy overnight which is impossible. As was explained to me in Rabat, by the lawyer and political scientist Mustafa Sehimi, “there is a period of transition, a process of political change in which the monarchy leads the reforms which will gradually yield areas of power without stopping or misconstruing the constitutional institution, and for historical and political reasons it would have to be executed with more political power than in Spain or Britain.” It is an opinion with which some may or may not agree, but I do not think that Sehimi raises unfounded arguments.

You have to give it time. I understand that many Moroccans are tired of waiting, but fast made decisions in politics can have severe consequences. What happened in Spain after the death of Franco? Did democracy come to the Spain overnight? Was King Juan Carlos accepted within 24 hours by the majority of the population? Not at all. It took years, years of sweat, pain and tears to build a stable democratic system. Let’s stop lying or accepting politically corrected facts: Looking into the failed coup of February 23, 1981, the monarch was still seen by many as the successor of Franco. Afterwards, the situation changed, because a social majority realized that Juan Carlos I was fully committed to democracy.

In the historical essay ‘The bloody transition’, Mariano Sánchez Soler shows that political change that began in Spain following the death of Franco up until the first PSOE election victory in October 1981, was not as peaceful and idyllic as depicted. On the contrary, it was a historical period of great violence. There were many deaths, nearly 600 between the years of 1975 and 1983. Demonstrators and prisoners were even killed in police stations and Cuartelillos, there were numerous terrorist attacks by ETA, GRAPO, and other far left groups and the extreme right, episodes of dirty war, and strikes were repressed as in the times of Franco … Also there were several coup attempts against the State, provocations from nostalgic Franco sectors, economic crisis and political instability. Over the years, most of these negative factors have died out, but the terrorism of ETA was still present until recently. Spain experienced profound change and democracy eventually settled and came into effect. Who would have imagined this in 1976 or 1978, when fellow Spaniards would wake every morning fearing that a group of generals would bring out tanks on the streets or that ETA terrorists would strike again.

I do not want to compare the Spanish situation and the death of Franco to that of Morocco in 2011. More so, I think that this Morocco can learn from that which was done well by its northern neighbor. The Spanish acknowledged the transition and were patient and reasonable; we were not fooled by the siren song of the irresponsible of the extreme left and extreme right-wing provocateur neo-franquistas. The Spanish were politically savvy, and that is why we overcame many of the difficulties and were able to build a democratic system that although imperfect, is quite solid. Much of our youth in Spain, are calling for a profound improvement of this system, in which I support and agree with. I wish my best for my Moroccan friends and hope they learn from the lessons of the Spanish and not be fooled by the demagogues and populists. In public affairs there are two things that are clear to me: politics is the art of the possible and there is no paradise on earth.