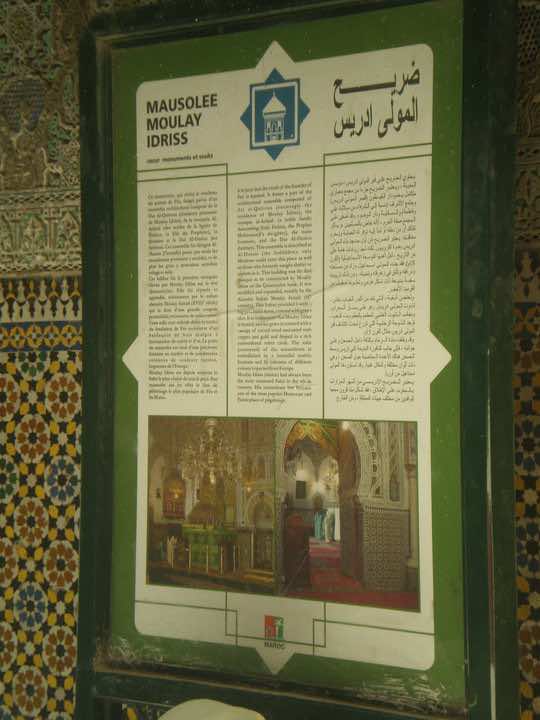 We should all agree that the new elections, along with the changes made to the Moroccan constitution, are only the beginning of a process of change, not the end of it. The debate is raging on the internet, at dinner tables, and everywhere you turn. The questions at hand are: who are we, what do we want, and how can we get it? Answering these questions is no easy task, nor can they be answered in a short article.

Moroccans are the same people they were thirteen centuries ago. They are a mélange of Arabs and Berbers who grew to learn how to co-exist with the help of one religion, Islam, while living side by side with followers of other faiths. Many historians deem that the state of Morocco started with the coming of Idriss I. As a religious imam and head of state, he was the first to unify the country, which consisted of various Berber tribes and Arab dissidents fleeing from the east. His direct descent from the prophet along with his marriage to Kenza, a daughter of a Berber head of the Awarba tribe, helped him unify the region – something previous Arab rulers couldn’t accomplish.

Years after his death, his son Idriss II took reign of the country. At a very young age, the new king was considered a local prodigy. His early academic excellence and his lineage to the prophet and to the local Berbers, allowed him to achieve tranquility and lay the ground-work in making the region a hub for scholars and a source of knowledge. Many other dynasties followed suit. Some were Berbers and some were Arabs, but all with the same premise; unify the country under the values and teachings of Islam. This co-existence led to a rich history and many periods of prosperity. This story repeated itself over and over again with the dwindling of an existing dynasty and the rise of a new one, all to unify the country and fulfill the dreams and aspirations of their people.

Morocco finds itself in a quandary of how to fulfill people’s hopes. Today, Moroccans have many new dreams and aspirations, but drafting the means to achieve these dreams is a bit more difficult. Moroccans wish to have dignified free lives that are full of the civil rights appreciated in the West. They want to obtain new products and services offered around the world for an economical price. They want a legal system that affords the same protections to the poor as it does for the rich and well connected. They want a government that promotes economical and political stability. They want a system, which inspires the young kid with the big dream and helps the ordinary citizen implement his big idea. Most of all, Moroccans wish to have a flourishing economy which ensures a decent standard of living.

My belief is that Moroccans do not care so much about which political framework to support as long as their needs are met. While some might believe Western style democracy is the only path to prosperity, others believe a monarchy is the only path to political stability. However, most see these political ideologies as a means to prosperity and stability, not as core values. Moroccans are neither like their counterparts in the West, who see democracy as a principal cornerstone of any civilized country, nor are they like their counterparts in the Middle East who wish for a theological government driven by the religious interpretations of the early Islamic centuries.

With the French colonization of Morocco in the last century, the deterioration of Islamic universities due to their lack of focus on math and sciences, globalization, and the evolution of communication, we see a huge push of Western principals in Morocco and the Arab world. The argument is that Western democracy is the only means to freedom and prosperity. Some Western educated Moroccans might even see virtue in the Greek philosophy that recommends the separation of religion and state, ignoring the fact that Muslims had very different experiences than Europeans.

One must never confuse a goal with a means to achieve that goal. Democracy has provided prosperity to some but not others such as in India. In some cases, democracy can increase deadlock, as we currently see in the US congress, which can lead to less prosperity. Democracy has not been good for all people at all times. Democracy did not protect the blacks during slavery, the Japanese Americans during World War II, the American women’s right to vote before 1920, or the right of a Muslim woman to wear a Burka in France. Democracy allows and requires citizens to fight for their rights. The debate generated by the struggle of those fights is what makes Democracy work. Adopting the outcomes, of those struggles without going through the debate, in Morocco or anywhere in the Muslim world, is foolish.

As for separation of religion and state, Islam is deeply embedded in the makeup of most Moroccans and Arabs. While most might not perform the daily five prayers and very few might not even fast during the month of Ramadan, Islam is the micro-processing chip in their brains. It is very evident especially after the free elections in Turkey and Tunisia that people will flock to a political party with a religious front. The same will hold true in Egypt, Morocco and Libya. Instead of ignoring this fact and acquiescing leadership to the first group who holds the Quran as a base for governing, regardless of intention or merit to lead, Moroccans need to bring these religious leaders to the forefront and demand solutions in a very candid open conversation.

While separation of church and state has allowed some to flourish, a group Bedouins from Mecca, fourteen centuries ago, shaped centuries of prosperity based on the opposite idea that Islam and government are inseparable. It is undeniable that religion is on the rise even in the West. Evangelical Christians and conservatism have become more influential in Western politics. Conservatives, who believe that Muslims should abandon their religious values and embrace Western ones, want their government to lead based on their interpretation of the bible. Muslims need to forge a path that matches who they are, not who some in the West wants them to be.

Morocco does not need the separation of Islam and state. What is needed is the integration of Islam in the daily lives of the Moroccans, not by dictating to people what to wear, how to think, and who is going to heaven or hell, but by forcing religious scholars to work with the rest of society in coming up with solutions to the problems of this era. Religious scholars and bankers need to work together to define and provide religiously acceptable financial instruments. Educators need to teach Muslim heritage instead of the French revolution and other Western turning points in history, while still focusing on the skills that make Morocco very competitive in the world market. Morocco has to claim its identity back and be proud of it. Moroccans need to learn their language first, instead of French or English. No country achieved greatness using the language of others. Morocco needs a leader who has a deep understanding of economic and social realities yet safeguard Morocco’s values from external influences. Democracy is a valuable political framework with many benefits to society, but to justly serve the Moroccan people, it needs to be modified to fit within the Moroccan worldview, not the other way around.