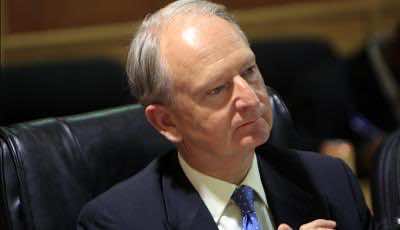 “Coupled with the reforms already being carried out, the recent constitutional change and Friday’s election reinforces Morocco’s reputation as a leader” in the region, Bellingham on Wednesday told the British parliament on Morocco’s democratic progress.

“While setting an example in the region on political reform, Morocco has a major role to play in regional stability,” said the British official.

Noting that the new constitution, approved by the Moroccan people in a referendum held last July, increases the power of Parliament, advances gender equality, Bellingham commended the personal involvement of HM King Mohammed VI in this reform process.

“The parliamentary elections on Friday are the first to occur under the new constitution and have the potential to herald a new era in Moroccan politics,” he said, underlining that “the UK strongly supports the ongoing process of constitutional reform.”

The official noted, in this context, that Morocco enjoys “a good level of freedom of expression,” mentioning cooperation programmes between Morocco and the United Kingdom in promoting human rights and civil society role.

As far as the key role that Morocco plays in the Maghreb and the Arab region, the British official urged for strengthening political, economic and security relationships between the Maghreb countries, especially at a time of great historic change in the region.

“An improved relationship between Algeria and Morocco is vital,” underlined Bellingham, who welcomes the meeting, held in Rabat last week, between Moroccan Foreign Minister, Taieb Fassi Fihri, and his Algerian peer, Mourad Mdelci.

“I must also acknowledge the role played by Morocco in reaching out across the Maghreb to the wider region,” he underlined.

In relation to Syria, Morocco did not hesitate to join the calls of the international community in condemning violence against civilians, said Bellingham.

He added that Morocco’s support for political change in Libya and high-level engagement at the Libya contact group formed an important element of Arab support that for the National Transitional Council.