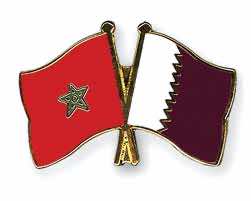 The first partnership agreement, signed by CEO of Qatar Holding, Ahmad Mohamed Al-Sayed, and Morocco’s Economy and Finance Minister, Salaheddine Mezouar, provides for the setting up of a Moroccan-Qatari investment company.

The two countries also signed a Memorandum of Understanding voicing their commitment to cooperate in the field of tourism. The MoU was initialed by Morocco’s Tourism and Handicrafts Minister, Yassir Zenagui, and Qatari Foreign Minister, Khalid Bin Mohammad Al-Attiyah.

Another Memorandum of Understanding on cooperation in the sector of mining was concluded between the Moroccan Office of Hydrocarbons and Mining (ONHYM) and the Qatari mining company. Qatari Foreign Minister and Morocco’s Energy, Mining, Water and Environment Minister, Amina Benkhadra, signed the document.

Morocco and Qatar also signed an addendum to an agreement sealed in 1987 relating to Moroccan expatriates working in Qatar. The protocol was inked by Qatari Social Affairs and Labor Minister and Morocco’s Employment and Vocational Training Minister.