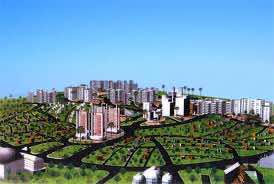 Sovereign wealth funds from Qatar and Kuwait led pledges on Thursday to invest almost $3 billion in cash-strapped Morocco, cementing ties between Arab monarchies at a time of political turmoil in the region.

Qatar’s sovereign wealth fund and the Moroccan state agreed to establish a 50-50 investment joint venture worth $2 billion that aims to help Rabat fund major development projects, a statement from the Moroccan government said.

Visiting Qatari ruler Sheikh Hamad bin Khalifa al-Thani and Morocco’s King Mohammed attended the signature ceremony for the agreement in Rabat to set up the joint venture fund between the Qatar Investment Authority (QIA) and its Moroccan equivalent.

It will focus on the development on new resorts in Morocco, a statement from the tourism ministry said.

“The four partners will equally contribute to Wessal. It will be 25 percent for each of them,” said a source familiar with the matter.

“Wessal will create an investment firm led by Morocco to fund investment opportunities proposed under Morocco’s tourism development plan by 2020,” added the source.

An invitation earlier this year for Arab kingdoms Morocco and Jordan to join the Gulf Cooperation Council signalled that monarchies in the region were trying to strengthen links in the face of the “Arab Spring” uprisings.

Morocco’s tourism ministry said the creation of Wessal was the “result of a partnership that consolidates the historical and brotherly ties between Morocco and Gulf Arab countries”.