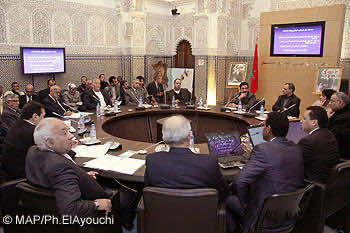 Morocco’s legislative elections of November 25 will be overseen by 3,828 observers, including 331 foreigners, Secretary General of Morocco’s Human Rights Council (CNDH) said on Thursday.

Speaking during a meeting with representatives of political parties, Sebbar said that the observation process will be led by the CNDH by virtue of law 30.11 laying down the terms for an independent and neutral observation of polls.

Sebbar said that 16 national and international bodies will take part in overseeing elections.

Observers representing Morocco’s civil society include notably the National Human Rights Council and the Moroccan Organisation for Human Rights along with other human rights and youth associations.

International observers include delegations representing the National Democratic Institute (NDI), the Parliamentary Assembly of the Council of Europe, the elections network in the Arab World (Jordan), Gender Concerns International (the Netherlands) and the International Research Group for Transregional & Emerging  Area Studies (Japan).

The observers will make sure international standards are well observed and will oversee impartially during the election process.

The Moroccan constitution, adopted following referendum on July 1, enshrines the observation of elections to guarantee free and transparent elections and ensure the authorities’ impartiality.