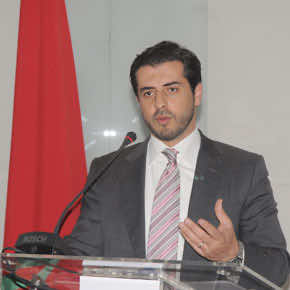 Morocco’s Tourism investment Authority (Wessal Capital), signed on Thursday in Rabat between the Moroccan Fund for Tourism Development and sovereign investment funds of Qatar, Abu Dhabi and Kuwait, will generate investments in the tourism sector worth over 20.8 billion dirhams, Minister of Tourism and Handicrafts Yassir Zenagui said.

The setting up of the new Authority will lead to reinforcing the already existing partnership between Morocco and the Gulf Cooperation Council member countries (GCC), he added.
Fassi Fihri said that Morocco is looking forward to the 32nd GCC summit which will allow for launching earnest negotiations with Morocco with a view to achieving an “advanced partnership” with the six-nation regional grouping, mustering Bahrain, Kuwait, Oman, Qatar, Saudi Arabia, and the United Arab Emirates.