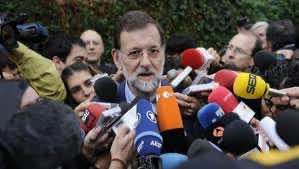 In recent days, Morocco has shown great concern about the triumph of the Popular Party in Spain. This comes with little surprise since Jose Maria Aznar did not leave a good impression with the Sherifian kingdom.

Presently, just a few hours away from Election Day in Morocco, it is Spain who fears that their immediate neighbor, and perhaps strategic, follows the path of the Tunisians and gives sufficient support to the Islamists of the Party of Justice and Development to govern.

Before confirming these fears, is it possible to imagine a mutual understanding being reached between Mariano Rajoy, the next occupant of La Moncloa, and Abdelillah Benkirane, the Secretary General of the PJD.

According to the Moroccan political class, collaboration is inevitable, especially considering the scale of the interests that are shared by both states at all levels. There are many questions that arise regarding the evolution of bilateral relations. However, it is a fact that once in power most rulers pursue pragmatism and dismiss many of their campaign slogans and arguments. “It’s not the same to be in the opposition than in power. I’m sure Mariano Rajoy will not enforce the requirements he proposed a few months ago from the PSOE on the Sahara conflict or Ceuta and Melilla,” assured Berkirane, a PJD leader to Correo Diplomatico.

Mohamed VI has been among the first heads of state to congratulate Rajoy after his electoral victory, showing the support and friendship of its people. “Morocco is willing to resolve conflicts peacefully, respecting the territorial integrity of States and its national guiding principle,” stated Mohamed VI in his letter addressed to Rajoy.

Although the central issue for the PP is to get Spain out of the economic crisis, the leader of the incoming government has already sent a clear message to Morocco: current top priority is Europe and Latin America. “Although this has not been stated directly, this is how Moroccans interpret the exclusion from the lists of Gustavo de Aristegui, a friend and an expert on foreign relations with the Arab world and a member of the Bureau of Immigration Convergence and Union,” says Latifa El Hassani.

“If we take into account the regional elections, Moroccans residing in Spain have no other choice but to be weary and concerned by the PP victory,” says Omar Charah, president of the Atlas Association. He believes that Rajoy will have to bend some of his ideological convictions, “since Morocco’s partnership plays a key part on reducing prospective immigration from the Mediterranean into Spain.”

Meanwhile, Benkiran is confident that the democratic ideals of the PP will prevent the Spanish right wing to reject a Moroccan Islamist government. Bennajzh Hassan, who is one of the associates of Al Ald Wal Ihssane (Justice and Charity, the main Islamist association of Morocco, although not recognized, it is tolerated by the authorities), believes that “the disagreements are primarily due to the inefficiency of Moroccan diplomacy.” “Let’s be realistic.

The continuous problem of Ceuta, Melilla and the Sahara will not cease to exist. And they will always be there because Morocco does not have a functioning democracy and the problem is here, at home, because our choices are not going to mean a change for us,” criticizes Bennajzh.